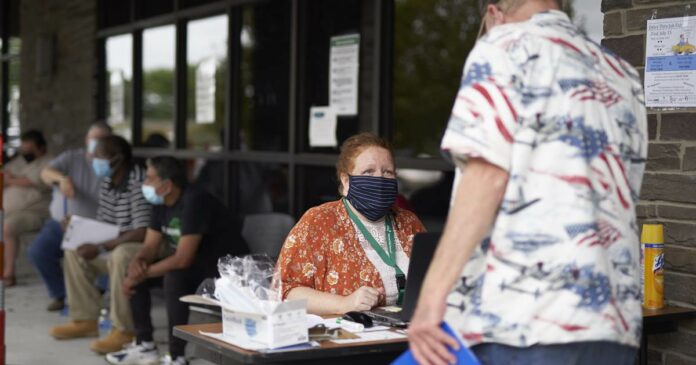 A series of key coronavirus relief measures is set to expire soon even as much of the U.S. is still suffering deeply because of the pandemic.

Perhaps most crucial are expanded unemployment benefits, which are expected to terminate at the end of the month. Also on the chopping block are a patchwork of eviction moratoriums across the country, suspension of some federal student loan payments and several other measures meant to alleviate some of the economic pain.

Many of the measures were enacted in the CARES Act with the idea that the U.S. would emerge from the worst of the health crisis within a couple of months. But with the pandemic worsening in much of the U.S., experts say the need for help hasn’t yet passed.

“The federal government did the right thing by acting quickly to put measures in place to incentivize staying at home and provide Americans with much needed support,” Gary Cohn, President Donald Trump’s former director of the National Economic Council, told NBC News in a statement.

“At the time there was an expectation that we would see some form of decline in COVID-19 cases by this point,” he said. “That has obviously not been the case everywhere and more relief is needed.”

Congress is locked in debate over what the next coronavirus aid package will look like, with long-needed aid to state and local governments near the top of the list. While unemployment benefits may be extended further, the aid is unlikely to be as generous as the earlier round.

The additional $600 in weekly jobless benefits provided by the federal government runs out July 31, but states administering the benefits need an extension passed by July 25 to avoid a lapse in payments.

And even if expanded unemployment benefits are extended, Republicans have signaled that they’re not likely to be at the current level. There may be another round of stimulus checks, too, but those appear unlikely to be sent to as many people.

“We have to find a compromise, because we must extend it,” House Speaker Nancy Pelosi, D-Calif., said Sunday. “We must extend the unemployment insurance.”

In testimony before the House Oversight subcommittee on the coronavirus crisis, former Federal Reserve Chairs Janet Yellen and Ben Bernanke called for enhanced unemployment insurance to be extended while also providing substantial aid to state and local governments facing major budget shortages as more people are pushed out of the workforce.

The window to apply for the Paycheck Protection Program, loans meant for small businesses struggling through the pandemic, was recently extended to Aug. 8. But it’s unclear whether the program will be further extended as the deadline nears or what will happen to businesses that later need more infusions of cash.

Then there are protections for homeowners, as lenders can’t initiate foreclosure proceedings against those with federally backed mortgages through Aug. 30. The Federal Reserve Bank of Atlanta warned this month of a growing foreclosure threat with cases on the rise, particularly in the South.

With no national moratorium on evictions, most protections were put in place on the state and local levels, and they either have already expired or will expire within a few weeks.

In some parts of the country, evictions are already beginning to kick back into gear.

Some localities have started programs to provide rent relief, like Los Angeles, where more than $103 million in CARES Act money is being used for such purposes.

“I have never seen leadership miss a moment, when his people are crying out for help, when a third of Americans couldn’t make the mortgage or rent, when he’s talking about not helping states and local governments, when he’s saying there’s plenty of money out there,” said Garcetti, a Democrat.

“Send us some rent help instead of rants, and do something for all of us,” he said.

Download the NBC News app for breaking news and politics

With millions of people out of work and other relief measures ending or possibly being extended at less generous amounts, renters may be among the hardest hit.

According to a coronavirus tracking survey conducted in mid- to late May by the Urban Institute, a social and economic policy think tank, nearly half of renters reported that their families have lost work or work-related income during the pandemic, with about the same proportion worried about how they would pay rent in the next month. At that stage, 8 percent had gotten eviction notices or had been threatened with eviction since March.

“The devastating health and economic consequences of the pandemic will find the nation in the throes of an eviction crisis that, if not prevented, will relegate unprecedented numbers of displaced tenants to crowded shelters, the streets or households with no choice but to double or triple in size,” said Paula Franzese, a law professor at Seton Hall University.

Andrew Scherer, a professor at New York Law School, predicted “enormous problems looming for renters” with such moratoriums ending and expanded unemployment benefits in flux, although he said he is “cautiously optimistic that there will be measures taken.”

“Unless there is some form of broad public policy adopted by the federal government or the states that provides rent relief, the expiration of the eviction moratoriums will result in an avalanche of eviction cases brought, evictions performed and low-income households rendered homeless and in harm’s way from the trauma of eviction and the dangers of the pandemic,” he said.

“The same population that will be evicted — including low-income people of color, families with children, elderly people, disabled people — are those most vulnerable to the pandemic,” he said.

Solomon Greene, a senior expert at the Urban Institute, said, “CARES Act benefits are what is keeping a massive eviction crisis at bay.”

As for extending protections, Greene said, “we can’t afford to wait.”