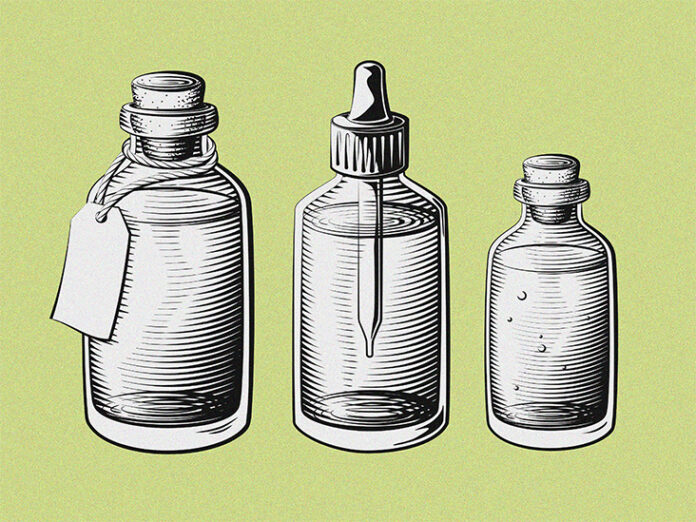 September 18 — The coronavirus pandemic has dominated the headlines and our daily lives for most of this year. Medical News Today have covered this fast-moving, complex story with live updates on the latest news, interviews with experts, and an ongoing investigation into the deep racial disparities that COVID-19 has helped unmask.

However, this has not stopped us from publishing hundreds of fascinating stories on a myriad of other topics.

This week, we’re very pleased to unwrap the first installment of our Curiosities of Medicine series, which is all about how human remains have played a part in medicine down the ages. For both this series and our Medical Myths series, MNT will continue to cover the darker and more unexpected side of medicine.

We also take another look at the central role of vitamin D in human health — this week, in older males. As we reported this week, you might also increase your chances of enjoying old age by cutting out ultra-processed foods, reducing your calorie intake, or taking a drug that mimics calorie restriction.

Finally, we round off this week’s Recovery Room with news of a possible treatment for muscular dystrophy and an explanation of why a baby’s smile may not mean that they’re happy.

Below are 10 recent stories that people may have missed amid all the COVID-19 fervor.

1. ‘Mumia’: The strange history of human remains… as medicine

This week, MNT published the first article in a new series examining medical curiosities. In this Special Feature, author Maria Cohut, Ph.D., takes a look at the macabre practice of medical cannibalism, focusing on the preparation and ingestion of mumia, or mummy powder.

Mumia featured in European medicine for hundreds of years as a treatment for pain, inflammation, and coughing. People also used it for wound healing, blood thinning, and many other purposes.

However, there were constant worries about whether or not mumia had actually been sourced from local and recent donors rather than real Ancient Egyptian mummies.

The article is a fascinating exploration of a dark and unusual chapter of medical history. We eagerly await the next in the series.

This report on a breakthrough in the measurement of free metabolites of vitamin D and their role in predicting future health quickly emerged as our most popular article this week.

Experts have long known vitamin D to play a central role in human health. They have linked low levels to an increased risk of osteoporosis, cancer, cardiovascular disease, and cognitive decline. This new research uses a novel measure of two types of vitamin D to forecast the risk of death rather than to establish an association after the fact.

Our report on the link between anticholinergic medications and mild cognitive impairment, which can lead to dementia, was also very widely read this week. The article has attracted more than 42,000 page views on the MNT website since Wednesday.

Researchers describe the effects of these drugs as a “double hit” on people who are already genetically susceptible to Alzheimer’s disease.

A newly published study shows that a diet high in UPFs may contribute to biological aging processes at the cellular level. The researchers found a clear correlation between the level of UPF consumption and reduced telomere length. Eating more foods high in UPFs also had links to depression, hypertension, and all-cause mortality.

MNT recently published an investigation into the science of sleep, featuring articles on dreaming, sleep disorders, and how to get a good night’s rest. This week, we reported on how sleep might have a less significant role than previously thought when it comes to clearing metabolic waste products from the brain.

The glymphatic system takes out the brain’s trash, but new research highlights the role of the “body clock” in controlling this system. People who are not able to sleep at a regular time or who sleep during the day because of shift work may be at additional risk of developing neurological conditions as a result.

6. Can a drug mimic the life extending effects of calorie restriction?

Research shows that laboratory animals eating a calorie restricted diet live longer and are less likely to suffer diseases of older age, such as cancer and heart disease. It seems likely that humans would also benefit in this way from eating fewer calories, but it is very difficult for most people to stick to such a diet over a lifetime.

This week, we reported on research that used artificial intelligence to identify which new drugs could effectively mimic calorie restriction without the need for a person to maintain a significantly calorie restricted diet.

Sexual desire in males is not all about testosterone. A recent mouse study investigating the role of aromatase in the brain found that the enzyme plays an important role in sexual activity in males.

Are antianxiety medications targeting the wrong system? Most anxiety treatments work on the nervous system but do not offer permanent relief from symptoms. This week, MNT reported on a small-scale study linking anxiety disorders to inflamed thyroid glands, which are part of the endocrine system.

If further investigation confirms this discovery, new treatment options may become available for the estimated 264 million people around the world who suffer from anxiety disorders. Nonsteroidal anti-inflammatory drugs such as ibuprofen, which the researchers used in this study, are cheap and widely available.

There is currently no cure for Duchenne muscular dystrophy (DMD), a genetic disease that reduces life expectancy to an average of 26 years. However, this week, MNT reported on a potential new treatment.

Researchers at Yale University screened more than 160,000 compounds to find a molecule that blocks an enzyme, MKP5, which is known to destroy muscle tissue in people with DMD.

Scientists had considered MKP5 “undruggable,” but the new compound potently and selectively inhibits the enzyme. The compound may also be a candidate drug for other conditions that involve tissue scarring, including chronic liver disease.

10. When do babies start smiling?

As well as covering the latest medical news and research, MNT‘s editorial team works tirelessly to answer thousands of questions that people may have about their health and that of their family members. We published a classic example this week — our article on babies and their smiles.

A baby’s earliest smiles are reflex smiles. They will usually develop real smiles, signaling contentment, between 6 and 12 weeks of age. This article looks at why and when babies start to smile. It also explains when to see a doctor.

We hope that this has provided a taste of the range of stories that we cover at MNT. We will be back with a new selection next week.

Coming soon: A sneak preview of what’s in our drafts folder

We publish hundreds of new articles every month. Here are some upcoming articles that may pique our readers’ interest: