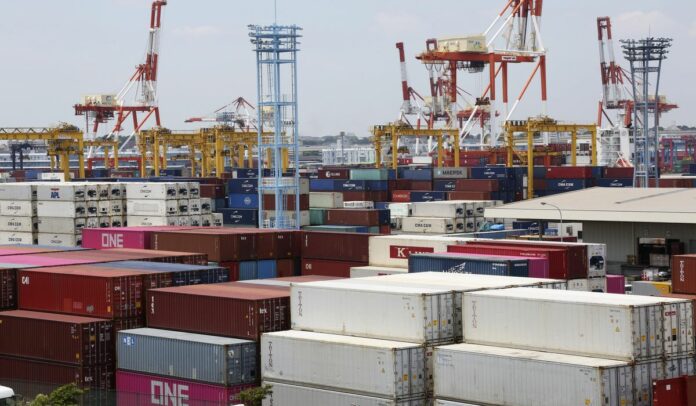 President Trump was just three days into his tenure in 2017 when, with the stroke of a pen, he nixed America’s participation in the world’s biggest trade deal.

He has ditched multilateral pacts that rely on a gaggle of nations getting on the same page and has wielded tariffs against friend and foe alike. He also has embraced a “protectionist” label instead of the Republican Party’s traditional affinity for free and open trade.

Mr. Trump is leaning into the issue ahead of Election Day, betting that his signature focus will help lock down Upper Midwest states that delivered a White House victory to him four years ago.

Joseph R. Biden, who supported NAFTA and the TPP, is still trying to find his footing as the Democratic nominee. He has been forced to acknowledge that the North American pact signed by Mr. Trump is superior to the original, though he says House Democrats deserve the credit for negotiating a better deal.

He has proposed a series of ideas to recapture voters who flipped from Barack Obama to Donald Trump.

Mr. Biden wants a 10% tax on companies that move production overseas and then try to sell products in the U.S.

“If your big corporate strategy is to boost your shareholders’ profits and your CEO’s bonuses by moving jobs out of America, we’re going to make sure you not only pay full U.S. taxes on those profits, we’re going to add an extra 10% offshoring penalty surtax to your bill,” Mr. Biden told Michigan workers on Sept. 9.

He also rolled out a 10% tax credit for companies that revitalize closing or closed factories or bring production or overseas jobs back to the U.S.

He wants to tighten “Buy American” rules. He says too many products are stamped “Made in America,” even if barely 51% of their materials are made domestically, and that it’s too easy for federal agencies to waive the rules when they procure goods.

“These are things that are meant to appeal to Pennsylvania, Illinois and Ohio, places that have a lot of manufacturing and union jobs,” said Mary Lovely, a senior fellow at the Peterson Institute for International Economics.

Mr. Biden has signaled his desire to work more closely with other nations as Mr. Trump uses sharp elbows with friendly partners to get the terms he wants.

“I would just say an important difference between Biden and Trump, when the smoke clears, is that Biden wants to work with the allies,” Ms. Lovely said.

A survey from the Chicago Council on Global Affairs finds both parties adopting the views of their respective standard-bearers. Democrats have taken an “internationalist” view, and Republicans favor a nationalist approach to trade.

“The differences between the two candidates are glaring, reinforced by respective partisan preferences among the wider public,” the surveyors said. “In November, voters will not only decide who will become the next U.S. president, but also they will help determine the path U.S. foreign policy takes — either working in partnership with the international community or moving toward a greater degree of national self-reliance.”

The Trump administration is eyeing a series of deals in a second term. He is interested in negotiating with the United Kingdom, once it sorts out Brexit, and Kenya, which is looking to engage.

The president left the door open to a major deal with the European Union despite his well-documented friction with the bloc.

“He’s going to go where he sees the most economic benefit,” said James Carafano, a vice president for foreign policy at The Heritage Foundation.

Mr. Trump says Mr. Biden has forfeited the issue of trade by supporting NAFTA, which has been blamed for job losses in the Rust Belt and heartland.

He predicts the Democratic nominee would be too soft on China and doesn’t have the fire in his belly to fight for U.S. interests. He also says the former vice president alienated voters who preferred Sen. Bernard Sanders of Vermont during the Democratic primary contests.

“A lot of the Bernie people vote for us because Bernie’s right about one thing: trade,” Mr. Trump told North Carolina supporters this month.

Few polls ask voters about international trade directly. Instead, voters give Mr. Trump an edge on the economy generally and a nod to Mr. Biden on foreign policy.

A majority of Americans disapproved of Mr. Trump’s handling of foreign trade in 2018 and 2019, but the president moved above water by January, when he notched the back-to-back deals during an impeachment inquiry, according to Gallup.

It’s been a bumpy road for Mr. Trump since then. The COVID-19 pandemic has shrouded some of his achievements, and China isn’t living up to the purchasing requirements of a phase one trade deal.

Mr. Trump is walking a tightrope on trade with Beijing by trumpeting recent purchases of corn and other farm products while accusing the communist government of letting COVID-19 spread around the world.

“China is now paying us billions and billions of dollars, but you know, I view it differently now. I view China much differently now after the plague came in,” Mr. Trump told the crowd in Fayetteville, North Carolina.

Mr. Trump also upset brewers and other industries by slapping tariffs on Canadian aluminum mere weeks after the United States-Mexico-Canada Agreement went into effect. He said the Canadians were flooding the U.S. market with aluminum, though experts said the uptick was a natural byproduct of market trends related to COVID-19.

He backed off in mid-September, before Canada could retaliate, after determining that trade in non-alloyed, unwrought aluminum is likely to normalize in the last four months of the year.

Mr. Biden is hammering Mr. Trump over the loss of manufacturing jobs during his tenure and the trade war with China that hurt farmers, forcing Mr. Trump to seek billions of dollars in bailout funds over the past two years.

Perhaps the biggest hurdle for Mr. Trump will be getting voters to care about trade, which has been his signature issue alongside immigration. The USMCA just took effect, so its impact is unclear, and COVID-19 hamstrung the initial stage of the China deal and dimmed hopes for phase two.

“Trade is not the be-all, end-all of the American economy, so deficits and trade deals aren’t something that touches the average American the way a tax cut does or a significant decline in employment does,” Mr. Carafano said.

Still, the issue keeps coming up with less than six weeks until Election Day.

The former vice president has been forced to explain why the Obama administration was unable to renegotiate NAFTA from 2009 to 2017.

He told CNN’s Jake Tapper this month that the Republican-led Congress wouldn’t agree with the Obama administration’s push to update the deal.

Experts say Mr. Biden’s argument might be a tough sell.

“‘I couldn’t get it done but the other guy did,’” Mr. Carafano said. “That’s not a great reason to vote for you.”