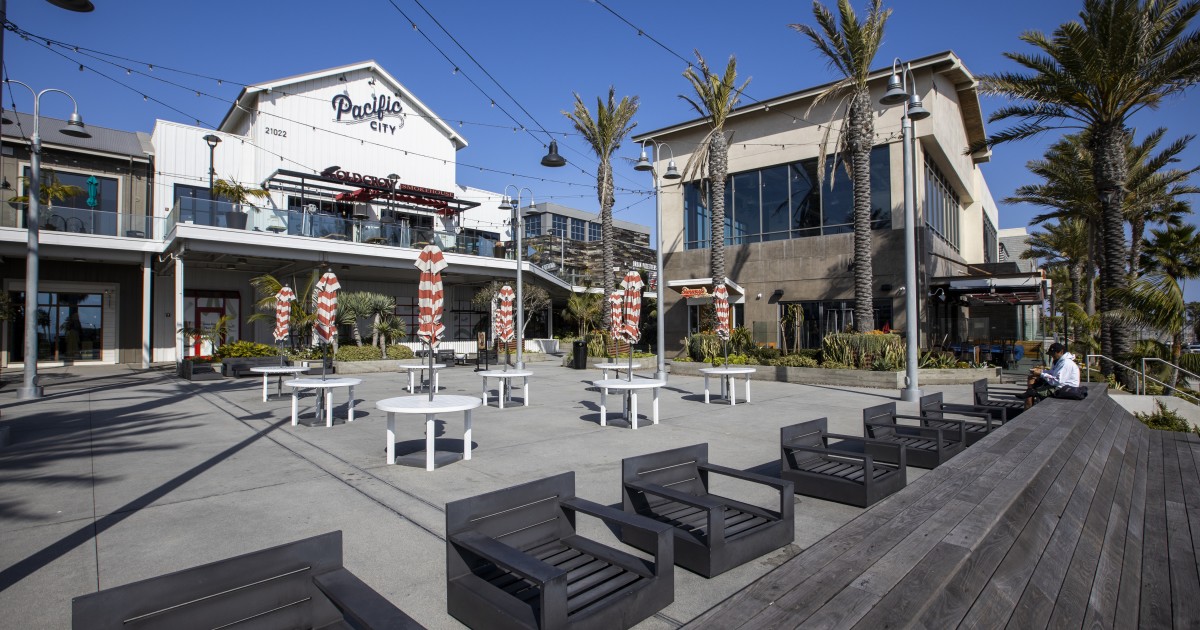 As California begins to bend the curve on coronavirus cases, some local governments are contemplating how they might gradually reopen various workplaces next month.

In Los Angeles County, the director of the Department of Public Health, Barbara Ferrer, spoke of certain strategies being in place “as we begin to lift our health officer orders, Safer at Home, later on in the month of May, in most likelihood.”

Ferrer said things will be different as businesses reopen: Social distancing will still be important. Retail stores might open in the near future, “but there will be limits on how many people can be in a store at any given time so that people who are there can maintain a lot of distance between themselves,” Ferrer said at a news conference Wednesday.

Arts, exhibitions and cultural sites will reopen at some point, “but events may be spectator-free,” she said, and the number of people allowed inside might be limited.

And when trails and bike paths can be reopened, “they may need to be one-way, so that people can keep physical distance from one another.”

“What we’re going to be working on as part of our recovery is figuring out how we can, in fact, get more people back to work,” Ferrer said.

Ventura County officials suggested a new order in the coming days could ease current restrictions as long as it does not undo the progress that’s been made. Dr. Robert Levin, the county’s public health officer, said he doesn’t foresee adding any further stipulations to the stay-at-home order, which was extended to May 15.

“We will only do that if we believe that we can do that without endangering our social distancing,” Levin said Wednesday. He cautioned against stopping measures too early, though.

“People seem to forget that the measures that we’ve taken are the reason that we’re successful. And so, I think it’s important for us not to lose faith in those measures,” he said.

Santa Cruz County officials said they were in talks with counterparts in the San Francisco Bay Area to create a regional approach to easing the shelter-in-place rules implemented a month ago.

The Santa Cruz County health officer, Dr. Gail Newel, told the Board of Supervisors on Tuesday that she was “working with regional and state health officers to draft a less restricted shelter-in-place [order] to start on May 4th. So we’ll see how the next two weeks go, but we’re looking at lifting some of the restrictions.”

Ideas include allowing some industries where work is done outdoors, such as construction and landscaping, to get back to work if employees practice social distancing, said Jason Hoppin, a spokesman for Santa Cruz County. The existing shelter-in-place order for Santa Cruz County and the counties of San Francisco, San Mateo, Santa Clara, Alameda, Contra Costa and Marin expires May 3.

Santa Cruz County was already planning to reopen some beaches and parks on Thursday. The county health officer issued a blanket order that began April 8 and expired Wednesday, closing all trails, beaches, piers, parks and parking lots for a seven-day period that included the Easter and Passover holidays.

The county emphasized that reopening some beaches would allow residents to resume using them for daily walks and allow solo surfers back into the ocean. The opening was not, however, an invitation for large groups of people to spend a day together at the beach, which would be a violation of the stay-at-home order.

“An all-day-at-the-beach situation, that’s what we don’t want,” Hoppin said.

Santa Cruz County will be limiting parking near beaches, closing some spots and instituting restrictions elsewhere that require a parking permit.

Officials were optimistic they had avoided a disaster by moving early to keep residents at home to avoid the spread of the coronavirus.

On the same afternoon after six San Francisco Bay Area counties ordered residents to shelter at home on March 16 — the first order of its kind in the nation — Santa Cruz County issued a similar order. At that time, Santa Cruz County had reported nine COVID-19 cases and no deaths.

Officials in this county of 273,000 people — separated from the Bay Area by a mountain range — had feared a surge in cases would appear by mid-March and quickly overwhelm the limited number of existing hospital beds.

Yet there have been five or fewer hospitalized coronavirus patients on any given day during April, according to a slide presented by Mimi Hall, director of the county health services agency, at this week’s Board of Supervisors meeting.

“The actual disease curve that we’re seeing — and the actual number of cases — has flattened dramatically since we started our shelter-in-place order,” Hall said.

At one point, Hall showed an image of The Times’ coronavirus tracker, showing a chart comparing the progression of coronavirus cases among 53 of California’s 58 counties with infected residents.

The Times’ chart showed how Santa Cruz County’s trend of new cases is relatively flat compared with other counties where cases are rising more rapidly, such as in Riverside County in Southern California and Kern, Stanislaus and Tulare counties in the Central Valley.

Elected officials in Santa Cruz County praised the public for doing well in adhering to the shelter-in-place order.

“I know some of the decisions … have been controversial,” Supervisor Bruce McPherson said. “But they have been necessary, and I think we just have to look at the results to say they are positive.”

There were promising signs that California was continuing to show improvement: The number of new COVID-19 cases reported each day has started to show signs the spread of the virus is lessening. So has the number of patients in California’s intensive care units, which has remained between 1,100 and 1,200 people since April 7.

But California also continues to see a rising number of coronavirus deaths; as of Wednesday night, 889 deaths had been recorded — including 101 new fatalities reported that day, the largest single-day toll to date. There are more than 27,000 cases across the state, a number that rose by 1,320 on Wednesday.

Elected leaders have warned that life will not go back to normal any time soon.

An internal Los Angeles Fire Department email reviewed by The Times indicates that the city may hold off on allowing big gatherings, such as concerts and sporting events, until 2021 because of the coronavirus threat.

Garcetti said he could foresee sports teams being able to play games without live audiences, if public health officials say such a move would be safe. “I think that’s probably something we will see before we see stadiums full.”