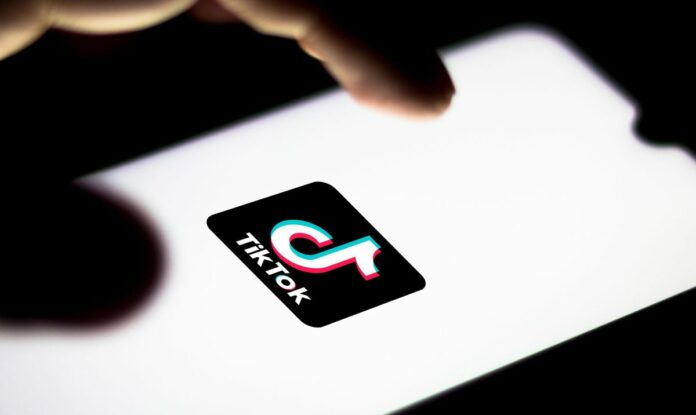 There was an irony to the news on June 7 that TikTok was exiting Hong Kong. Its name joined those of Facebook, Google and Twitter, and then Microsoft and Zoom, as major U.S. platforms announced a rethink of their operations in the territory as its new national security law came into force. It was as if they were all the same—but the truth was very different. TikTok’s decision had nothing to do with the security concerns cited by others and everything to do with its Chinese ownership. In that moment, the carefully constructed shield around TikTok had fractured.

It doesn’t actually matter whether the Chinese Communist Party influences TikTok owner ByteDance, as the U.S. alleges, or not. China, in this instance, is China. The U.S. government has been waiting for an opportunity to act. That opportunity has presented itself in the last week. There’s a U.S. election coming up, set against the backdrop of a worsening stand-off between Washington and Beijing. The U.S. cannot afford to let this opportunity pass by unused—and it won’t.

Just like Huawei, TikTok managed to escape its Chinese confinement to go head to head with western tech giants. Arguably, TikTok presents a greater threat than Huawei. Arguably, it has given China the means to pump content directly onto the phones of hundreds of millions of citizens in America and Europe. TikTok has been under fire before—but not like this. It has suddenly been hit by the perfect storm of four separate security stories inside a week.

First came the news that a beta release of Apple’s iOS 14 had caught TikTok secretly accessing users’ clipboards. TikTok was not alone—a raft of other apps were caught doing the same, and like those others, TikTok issued an explanation and an update. But it was TikTok that generated the headlines, partly because it had been caught before doing the same and had promised to stop, but mostly because seeming to snoop on millions of phones in the west is different if you’re Chinese.

Then came the announcement from the Indian government that TikTok would be banned on national security grounds. Again TikTok was not alone—there were 58 other Chinese apps subject to the same sanctions. But, again, TikTok made the headlines. India is the platforms’s largest market, where hundreds of millions of users have installed the app and share its videos. According to reports, sources at the company suggested the ban might cost TikTok as much as $6 billion.

The triggers for India’s ban on TikTok were military and political tensions between itself and China. And, sure enough, shortly after its ban was announced, reports from Australia suggested its government was coming under pressure to do the same. Australia has its own geopolitical tensions with China, and recent cyber attacks on the country’s government have been informally attributed to Beijing.

The third whammy for TikTok, though, came when Secretary of State Mike Pompeo confirmed in a Fox News interview that the U.S. was “certainly looking at” banning the platform. Suddenly the relatively contained action in India looked as if it might spiral out of control and undo much of TikTok’s success in recent years. The U.S. news was pure politics, with TikTok joining Huawei as a totemic target of the technology standoff between China and the U.S. Yes, there are security concerns behind the scenes, but commercial, economic and political concerns trump those.

And so to Hong Kong, the final hit to the platform in recent days. To understand why this is so critical, one has to look at the way in which TikTok essentially wears two faces—one in China where it operates as the highly restricted and censored Douyin, and one elsewhere where it operates as the ostensibly liberal TikTok. By separating itself in this way, the platform can assure non-Chinese users that the Chinese authorities cannot access their data, that the data isn’t even stored in China, that there should be no concerns about outside interference.

Until the end of June, Hong Kong with its special status inside China operated as a non-Chinese TikTok market. But then as the long reach of Beijing’s security apparatus stretched to cover the territory for the first time, Hong Kong shifted from one side of that TikTok line to the other. And while owner ByteDance says it has no plans to offer Douyin to TikTok’s relatively small Hong Kong user base, it certainly can’t offer TikTok while claiming the usual TikTok shield around those users.

There are several factors in play here. Under Hong Kong’s new national security laws, China could compel TikTok to share information and its users might be prosecuted for dissent for content shared on the platform. That leads to the risk that information on the platform might be subject to monitoring and restrictions and censorship to comply with new laws, and that’s a PR nightmare. More critically, while Facebook and Google can refuse to co-operate with the Hong Kong authorities citing security concerns, ByteDance cannot. It is a Chinese-based entity.

And so while TikTok’s news coverage saw the platform blend in with all its high-profile western competitors, it was very different. The careful construct it had built and defended, that it was the same and should be treated and trusted the same, was suddenly called into question. That coincidental combination of Hong Kong’s security law coming into force at the same time as India’s ban and even Apple’s iOS 14 beta release, with U.S. political opportunism to follow, was simply too much.

As TikTok with its U.S. CEO looks to manage the fallout from this hugely challenging set of toppling dominoes, two issues stand out. First, the U.S. If you want to better understand the damage the administration can do when it sets its sights on the success of a Chinese tech giant, just ask Huawei. Pompeo has been the campaigner-in-chief against Huawei, and it was no coincidence that it was he who broke the news that TikTok might find itself in similar territory.

In the wake of Pompeo’s interview, a TikTok spokesperson told me “TikTok is led by an American CEO, with hundreds of employees and key leaders across safety, security, product, and public policy here in the U.S. We have no higher priority than promoting a safe and secure app experience for our users. We have never provided user data to the Chinese government, nor would we do so if asked.”

The most immediate threat to TikTok is not political, though, it’s commercial. We have seen various Indian platforms jump up to fill the void left in the country, and arch-opportunist Facebook is now pumping Reels, knowing that its chance to take back ground lost to TikTok will never be greater than it is now. So, can Facebook change the market dynamics and start to unpick what had seemed to be TikTok’s unstoppable success, replicating its viral appeal? Just ask Snapchat.

In reality, TikTok is not the electronic spyware machine some suggest—that’s no more credible than suggesting Huawei smartphone users risk the same. There are no genuine national security concerns that TikTok is vacuuming up petabytes of user data for analysis in Beijing. The real issue is all those impressionable young users who have become addicted to the platform—and that’s harder to stop.

In a world where social media has become such a prominent disseminator of news, especially to the young, a platform based in an adversarial state with an install base in the hundreds of millions across major western democracies is a threat. The ability on any level to manipulate all those feeds is significant. Facebook is based in the U.S., and just look at the power it wields. TikTok is on a similar path.

And so to the latest domino to fall: FBI Director Christopher Wray lambasting China as the greatest threat to the security and prosperity of the United States. In a world where that is true, the unstoppable rise of TikTok was always set to be challenged. What has happened this last week is that TikTok has inadvertently opened itself up to the beginning of that process. The U.S. government knows that if this opportunity is missed, it may be much harder later. China is now a serious problem for lockdown’s most iconic success story—and there’s no obvious fix.