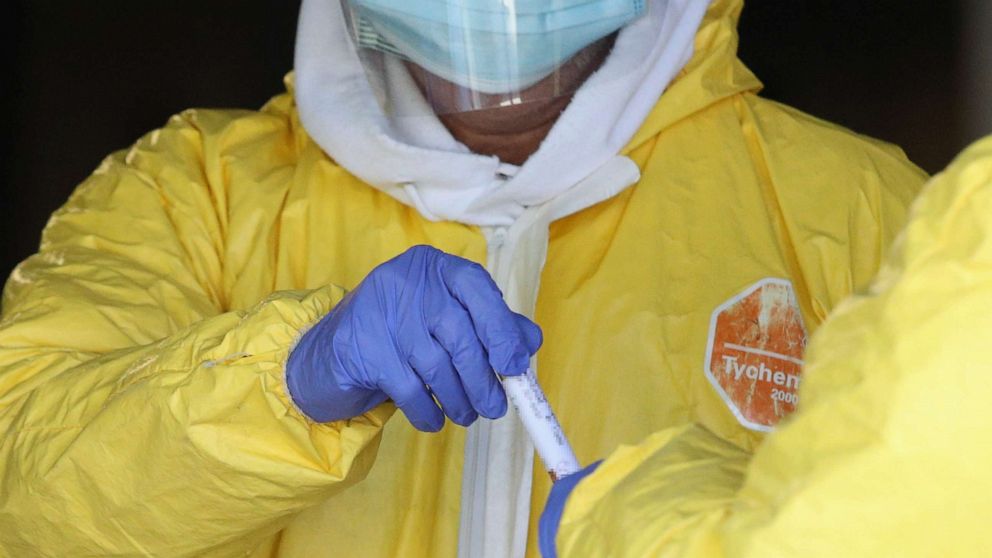 COVID-19 does not impact us all the same. In fact, a growing body of evidence finds that the virus seems to hit men harder than women.

Early in the epidemic, researchers’ best guess was that the difference could be chalked up to higher rates of smoking among men, which may have made them more vulnerable to this respiratory illness.

But now, as new data reveals dramatically stark sex disparities, researchers have proposed new theories tied to biological differences and cultural norms that could help explain why men appear to be more vulnerable to this disease.

Researchers first learned of sex differences early on in the COVID-19 epidemic when data out of Wuhan, China, found that men accounted for the majority of cases and up to 75% of deaths.

Next was Italy, the nation with the highest total deaths in the world, where the man-to-woman ratio for death is 80% to 20%.

Here in the United States, an analysis of 1.5 million tests found that men were more likely to be COVID-19 positive when they were tested, according to coronavirus response coordinator Dr. Deborah L. Birx. Women have actually been tested more often than men.

And according to a Centers for Disease Control and Prevention study covering 14 states and nearly 10% of the U.S. population, more than half of COVID-19-associated hospitalizations happened in men. In New York state, the epicenter in the U.S. with the highest number of cases and deaths, men make up nearly 60% of the deaths. None of the aforementioned studies, however, drilled down into COVID-19 rates for gender minorities, including people who identify as transgender or do not identify as either gender.

Looking back to viral epidemics of the past, these differences are not unique to the virus that causes COVID-19.

“COVID-19 appears to follow the trend of previous infections with SARS and MERS [in that] men are affected more often than women,” said Veena Taneja, an associate professor of immunology at The Mayo Clinic.

As researchers try to understand why men are more affected than women, smoking initially seemed like the obvious culprit. With more than 1.1 billion smokers in the world, far more men smoke than women. Often portrayed as habits that evoke wealth, power and sexual success, smoking is instead linked to lung disease, heart disease, cancer and death.

China is the largest producer and consumer of tobacco in the world, and more than half of adult men there are current smokers. Men are more likely to be cigarette smokers in the majority of countries including China, the U.S., Italy and others.

But as data accumulated, experts realized that smoking couldn’t stand alone as the reason. For example, in countries like Spain, the rate of smoking among men and women is approximately the same, yet men still represent the majority of cases and deaths.

Now, researchers are looking beyond smoking to other lifestyle factors, such as diet and alcohol consumption. And they’re exploring other possible causes — from the cellular level to social and cultural norms — to help understand why men are falling victim to this disease.

Men are consistently more likely to drink and almost twice as likely to binge drink as women. Alcohol has a longstanding association with adverse immune-related health factors like susceptibility to pneumonia, acute respiratory distress syndrome (ARDS), slower recovery from infection and much more.

A study from China looking at 21 different hospitals found that almost half of the patients who died of COVID-19-related pneumonia had high blood pressure and nearly 30% had diabetes.

Prior research has shown a powerful interaction between high blood pressure and the immune system, indicating that people with high blood pressure may be less well equipped to fight off infections.The same is true of uncontrolled diabetes, which can cause the immune system to fail in its ability to control infections, making people more susceptible.

Teneja of the Mayo Clinic has studied differences in the immune systems of men and women and found significant differences in other diseases. She said the differences can be due to a number of factors.

Studies suggest that there are many differences between men and women in immune response due to sex hormones (androgen and estrogen), sex chromosomes (XX, XY), regulatory genes (genes that tell the body what decisions to make) and the ability to produce antibodies (proteins that tell the body about the virus).

However, due to estrogen, females “generate higher immune response and make antibodies which can clear the infection.” She said “estrogen is also known to change the bacterial composition in our guts. Bacteria help us fight infections.”

Sex chromosomes may also help with the immune response in women.

“Women have XX chromosomes and men carry XY” [and] each X chromosome helps with the immune response by “providing women [a] double dose,” Teneja said.

Jay Bhatt, a practicing internist and chief clinical officer at Surgisphere, agrees, noting that having two copies of the X chromosome “may be helping bolster the immune response to coronavirus.”

Severity of COVID-19 is not the only factor impacted. Women may also have a higher chance of being immune down the road. A comparison of 331 patients in Wuhan showed that after recovering from more severe cases of COVID-19, women had higher levels of antibodies. This is important because research suggests higher antibody levels may be related to immunity.

Some researchers have proposed that these differences in the immune system were forged over thousands of years of evolutionary history.

“During evolution, nature, to preserve mankind, and for progeny, has selected women to be stronger during childbearing age. Women are less susceptible to get infections and can fight them by generating a robust response,” said Teneja.

Other researchers have suggested that society and culture may play a role, with gendered cultural norms guiding certain behaviors. In China, Hong Kong, Italy, South Korea, and many other countries, experts found that women may have been protected, in part, because they were more likely to stay home when schools closed.

Another cultural norm may be that men are expected to “tough it out” and wait to seek treatment and testing. White House coronavirus response coordinator Birx explored this theory in a briefing last week, referring to the fact that men are less often tested but more likely to test positive.

“It gives you an idea about how men often don’t present in the healthcare delivery system until they have greater symptomatology,” Birx said. “This is to all of our men out there, no matter what age group: If you have symptoms, you should be tested and make sure that you are tested.”

Scientists, doctors and policy makers agree that we need a better understanding of the potential gender differences to effectively fight COVID-19, prevent further spread and to identify safe treatments and vaccines.

Delaram J. Taghipour, MD, MPH, MBA is a preventive medicine resident at Johns Hopkins Bloomberg School of Public Health and is a contributor to ABC News.