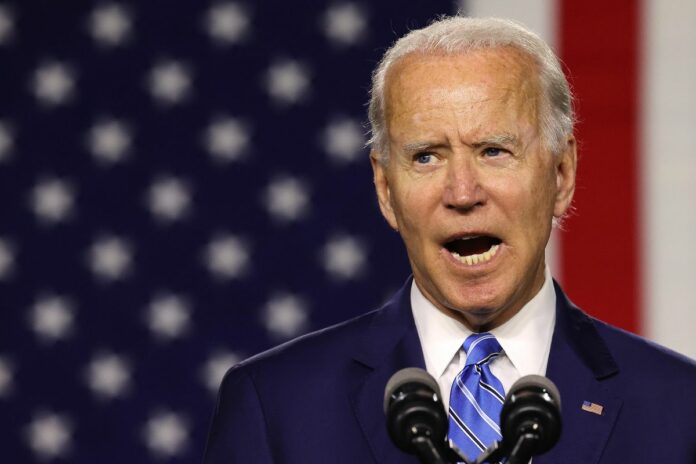 The Biden campaign has now (yes, two weeks ago) rolled out its released its policy recommendations, hammered out with supporters of Sen. Bernie Sanders, in a new 110 page document, the Biden-Sanders United Task Force Recommendations. Is this a dramatic lurch to the left? It’s all a matter of interpretation, I suppose: for example, there is no promise of “Medicare for All,” but there is a plan to include a “public option” in which Medicare sets reimbursement rates, and in which those with income less than 200% of the poverty line have no premiums and every participant is promised a premium cap of 8.5% of income on a plan with no deductible and no copay for primary services. And there’s a lot that’s unsaid in this document; to take a random example, they pledge to “prohibit the continued taxpayer underwriting of pharmaceutical advertising” which sounds commonsense but actually would penalize drug companies by requiring them to calculate their profits (upon which they pay taxes) without considering advertising as a business expense, based on legislation proposed in January of last year, the “End Taxpayer Subsidies for Drug Ads Act.”

All of which is to say that it’s very difficult to take such a document at face value without knowing the “code” that underlies it. And that’s the case for the retirement provisions as well.

To begin with, these recommendations call for spending a lot of money. How much exactly is never tallied, but there are a long list of promises: “transitioning the entire fleet of 500,000 school buses to American-made, zero-emission alternatives within five years,” “universal, high-quality prekindergarten programs for 3- and 4-year-olds,” a massive infrastructure program including “historic investments in clean energy, clean transportation, energy efficiency, and clean and advanced manufacturing,” “Section 8 housing support for every eligible family,” and more.

How will this be paid for? Biden’s advisors have in the past promoted “Modern Monetary Theory,” that is, the 2020 equivalent of simply printing money, to pay these costs, though if that’s included in this document, the coded language used is beyond my ability to parse.

In addition, here’s what the document says about taxation:

“A guiding principle across our tax agenda is that the wealthiest Americans can shoulder more of the tax burden, including in particular by making investors pay the same tax rates as workers and bringing an end to expensive and unproductive tax loopholes. Corporate tax rates, which were cut sharply by the 2017 Republican tax cut, must be raised, and ‘supply-side’ or ‘trickle down’ tax cuts must be rejected. Estate taxes should also be raised back to the historical norm” (p. 15).

“Use taxes as a tool to address extreme concentrations of income and wealth inequality. As a means of strengthening tax progressivity and paying for investments in U.S. productivity, increase taxes on the wealthiest Americans by limiting unequal and unproductive tax expenditures. In addition, limit the ability of wealthy taxpayers to defer and avoid taxes on income (especially that relate to financial investments), tax liabilities of ultralarge banks to promote financial stability and fund investments in American productivity, and expand payroll taxes on upper-income taxpayers to fund more generous Social Security benefits” (p. 75).

That being said, what does the document promise with respect to Social Security and retirement, and does it differ from the original Biden promises on the campaign website? (For reference, here’s an archived version of the site, from June, should the campaign in the future revise the document.)

First, the campaign document and the “Unity” document make similar promises with respect to Social Security. They both promise to increase the minimum benefit (existing House legislation includes a minimum of 125% of the poverty line, per person, as does the Biden site), boost benefits for surviving spouses, eliminate the WEP/GPO (that is, provisions which work to reduce a sort of “double-dipping” for those with public and private sector employment; see here and here for details) and pledge to reject means-testing. The campaign website also promises a benefits boost for older recipients, those who have received benefits for over 20 years. The Unity document, on the other hand, contains the promise to adopt the CPI-E which was missing from the campaign website, but which the campaign had promised elsewhere, and it promises to “support Social Security expansion which better accounts for the challenges facing unpaid caregivers and caregivers for family members—including mitigating the benefit formula penalty for unpaid care,” which sounds like proposals for caregiver credits, which themselves range from the removal of some years from the 35 year averaging requirement to direct addition of years of salary history, and were a part of other candidates’ platforms, including Elizabeth Warren’s.

The biggest difference is this: on the campaign website, we read,

“The Biden Plan will put the program on a path to long-term solvency by asking Americans with especially high wages to pay the same taxes on those earnings that middle-class families pay.”

The Unity document pledges to “expand payroll taxes on upper-income taxpayers to fund more generous Social Security benefits.” Knowing that much must be read “between the lines” in this document, and knowing that other candidates had promised not merely to apply the usual FICA tax rates to high earners and phase-in an elimination of the ceiling (either with no benefits accrual or a trivial one), but to tax higher-earners at higher rates to fund benefit increases, this suggests that the new proposal matches that of, say, Buttigieg, who proposed a surtax in whatever sum would be necessary to fund Social Security from year to year.

With respect to employer-sponsored pensions there is a single sentence: “Shore up public and private pensions and help to ensure workers keep their earned benefits by passing legislation that provides a path towards helping distressed plans.” Does this mean agreement to support a Sanders-style no-cuts multiemployer pension rescue, similar to the House Democrats’ HEROES Act plan? Does the promise to “shore up public pensions” mean direct bailouts such as that requested by Illinois State Senate President Don Harmon in April or the proposal backed by his New Jersey counterpart, State Sen. Steve Sweeney, for what amounts to federal low-interest Pension Obligation Bonds?

And finally, the question of 401(k) plans: the Unity document promises to “equalize the network of retirement saving tax breaks so that working people can build their nest eggs faster, while also providing more equitable access to these accounts through automatic enrollment and relaxed contribution restrictions for unpaid caregivers” (p. 20). What’s this mean?

The promises to “equalize” tax breaks refers to longstanding complaints that, so long as 401(k) plans provide for the deferral of taxes on income saved for retirement, this tax break, or forgone tax revenue, primarily benefits relatively higher earners. Biden promises instead to “equalize benefits across the income scale” and there’s no clear manner in which this lines up with a particular Sanders or Warren proposal, but progressives have been advocating for changes here for many years, for example, in this 2011 Brookings proposal in which tax deferral is replaced by a 30% federal match up to a cap, or other proposals with federal contributions to retirement accounts to be made on a flat per-person basis. Which of these Biden has in mind is unclear. Biden also calls for “widespread adoption of workplace savings plans,” promises to “offer tax credits to small businesses to offset much of the costs” and pledges that,

“Under Biden’s plan, almost all workers without a pension or 401(k)-type plan will have access to an “automatic 401(k),” which provides the opportunity to easily save for retirement at work – putting millions of middle-class families in the path to a secure retirement.”

But an “automatic 401(k)” is not actually “saving for retirement at work.” State versions of the “automatic 401(k)” require employers to forward onto a state agency a given percentage of their employees’ wages, to be invested in an IRA managed by a vendor chosen by the state, with the opportunity to opt-out.

And even though calculations of a change from tax-deferral to a federal match, such as that calculated by Brookings, determine that it’s a win, because lower-income folk will increase their retirement benefits while higher-income folk are assumed to maintain their savings rate because they are sufficiently motivated to save with or without tax incentives, it strikes me that this not particularly likely. In particular, the tax deferral for retirement savings is not purely a matter of employee contributions, but of employers contributing to retirement plans on a pre-tax basis, through matches or direct contributions. I don’t think we can take it for granted that if this pre-tax savings structure is removed, employers will continue to find it worth their while to provide retirement plans, rather than simply meeting the legal requirements for payroll deduction for the new federal retirement account system.

Does that sound overblown? One element of existing retirement account regulation is what’s called “non-discrimination,” which doesn’t mean that employers have to provide benefits on an equal basis despite race or sex, but that the employer’s contribution can’t be overly tilted in favor of higher earners, or else the tax break is lost. If there is no tax break, there is no way to oblige employers to provide retirement savings in this nondiscriminatory fashion.

And this new system might continue to be called a “401(k)” but whether it improves or worsens the system is by no means clear.