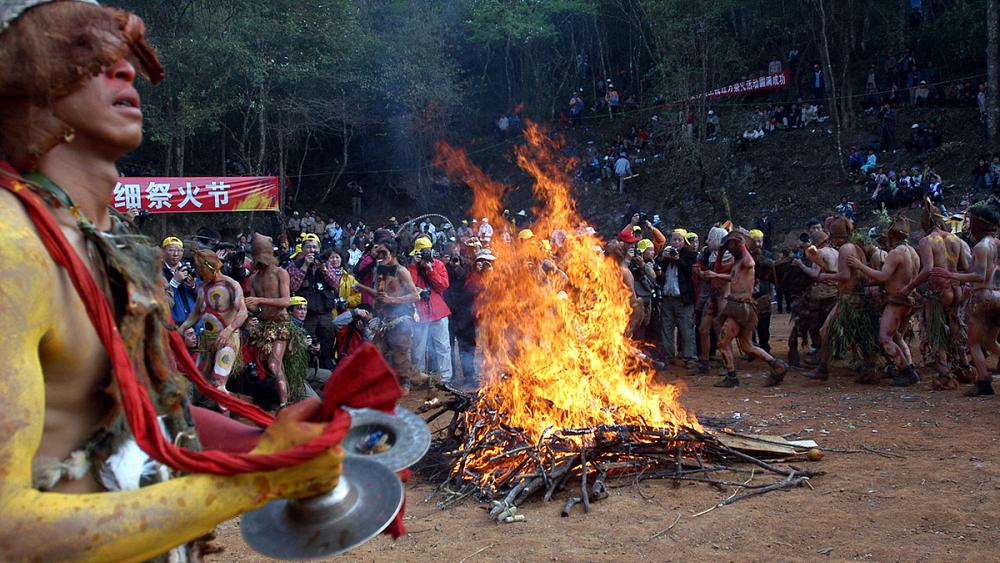 As heads of state from around the world wage war against the new coronavirus SARS-CoV-2, defending viruses seems rather like swimming against the tide.

However, understanding viruses may prove essential to deciphering this COVID-19 pandemic, stopping it, and possibly avoiding future epidemics.

Science is just beginning to discover the essential role of viruses for biodiversity, the evolution of species – starting with our own- and even on climate regulation.

The lack of knowledge about viruses is closely related to the history of medical research.

The definition of viruses as we know them, i.e. as agents responsible of infectious diseases, began to emerge in the 19th century, while research focused mainly on their pathogenic aspect. It was not until the end of the 20th century that scientists began to take a closer look at the other roles they might play in life on Earth.

Just as we now accept the presence of “good” bacteria that we can even buy as dietary supplements, viruses act on many (if not all) processes that scientists are only beginning to discover.

What is a virus?

The definition of viruses evolves with technological advances and scientific discoveries. Traditionally, a virus is described as a molecule of genetic information, coated with a shell (the capsid) that protects it.

Some viruses, such as SARS-CoV-2, also have a lipid envelope surrounding their capsid, which explains its sensitivity to handwashing with soap.

Viruses can only replicate by infecting a host cell that they reprogram to their own advantage. This lack of autonomy is often at the centre of the still raging debate about whether viruses are living or not.

Long considered as particles smaller than 0.2 µm (micrometer), the discovery of giant viruses in 2003 undermined this certainty.

Viruses are present almost everywhere on Earth and are far more abundant than bacteria. It is estimated that there are at least 10^31 viral particles on our planet at any given time, compared to 10^23 stars in our observable universe.

Viruses can also be infected by other viruses. In 2008, scientists discovered virophages, which can only replicate in cells that are already infected by giant viruses. The replication of these virophages hampers that of the giant virus.

Viruses as regulators of biodiversity

Of course some viruses can, like some bacteria, cause disease in humans, as exemplified by the new coronavirus.

But there are also viruses that target pathogenic bacteria. These can be used to treat diseases of bacterial origin: this is the phagotherapy, a particularly interesting approach at a time when antibiotic resistance is increasing. Commonly used in Georgia, it is the subject of many research projects around the world.

The role of viruses in biodiversity is still largely unknown, despite their omnipresence. The scientific community is just beginning to realise the extent of our ignorance in this area.

Take the case of a marine microalga, Emiliania huxleyi. It stores carbon taken from the air by forming a calcareous shell, and episodically multiplies in large quantities.

This massive bloom is then controlled by a virus that kills the algae. The calcite released in this process forms white tides over hundreds of thousands of square kilometres, visible from space.

The calcite containing the carbon then sinks to the bottom of the ocean. Researchers have tried to replicate this phenomenon by killing the algae artificially but found that without the “help” of the virus, this carbon-storing phenomenon is reduced with the algae expelling a larger portion of carbon back into the atmosphere.

A key role in the evolution of species

Beyond their role as predators, viruses also appear to have played a major role in the evolution of many species, including our own.

Indeed, the evolution of mammals has been possible thanks to syncytin, a protein of viral origin derived from an ancient retrovirus (of the same family as HIV) and incorporated into our genetic code. These proteins have evolved to evade our immune system, preventing the mother from rejecting the foetus. So it’s a virus that spares us from having to lay eggs!

Another protein of retroviral origin seems to have played a key role in the formation of the nervous system in vertebrates.

The role of viruses in the evolution of living things could go further, as it has been suggested that they may even be behind the appearance of DNA!

The invasion and destruction of ecosystems, key to the emergence of new viruses

If we all cohabit with viruses at all times – to the point of having some of them ‘embedded’ into our genetic code – how can we explain the emergence of an epidemic that is taking the world’s health systems by storm and causing the most powerful economies to tilt?

The rapid expansion of this new coronavirus, its effectiveness and its dangerousness, is surprising, leading some to raise conspiracy theories. But, for science, microbiological diversity is broad enough to explain the genesis of such a virus.

Let’s draw a rather simplistic parallel with the hypothetical invasion of a new species of dangerous feline in a city centre: rather than imagining a Machiavellian zoo practising genetic manipulation, the most credible lead would be to think that the never-observed-before tawny has gained access to the city centre because of changes that deprive it of feeding and evolving in its natural habitat. The same goes for viruses.

Viruses all have a certain degree of specificity and affinity for a cell type: this will limit viruses to one or more species. But when its environment is modified, the virus can evolve to adapt to new species.

With the reduction of natural spaces (through urbanization, deforestation, etc.), it is not surprising that some viruses end up adapting and infecting humans.

This has already happened several times: it was notably the case for the SARS and MERS epidemics and for the current COVID-19 pandemic. The reservoir species – for which the virus is naturally adapted – appears to be a particular species of bat and this new coronavirus seems to have been transmitted to humans by pangolin.

Will this new coronavirus be eradicated?

It is technically possible to imagine the eradication of SARS-CoV-2, which affects humans, but it is only one type of coronavirus. More generally, therefore, it seems unlikely. COVID-19 disease can be contained, treated and even defeated, but on the scale of the 7 billion humans and animal species in which coronaviruses circulate, it would be better to rely on health systems and societies that are better prepared to deal with this type of pandemic.

Patrick Forterre is a French biology researcher, university professor and scientific writer. He has been Head of Unit and Professor at the Pasteur Institute.

Morgan Gaïa is a researcher on co-evolution between viruses and cells, currently at Génoscope – CEA