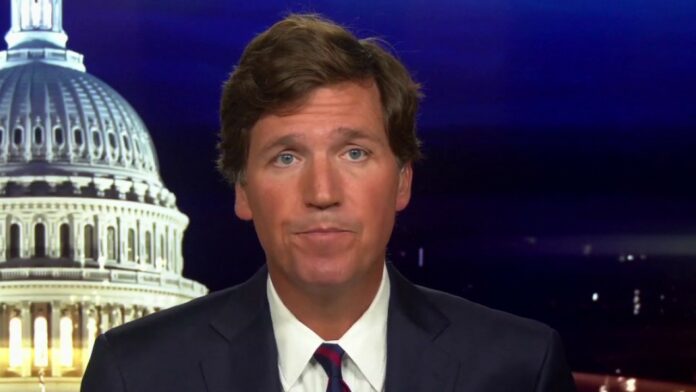 Tuesday, the president announced his support for opening the country’s schools this fall.

It seems like a pretty obvious position. But suddenly, it’s not.

Many people violently disagree with it for reasons that still are not clear, but definitely are not rational.

In any case, here’s part of what the president said Tuesday.

TUCKER CARLSON: CAN THE LEFT REALLY LEAD A COUNTRY IT HATES?

We hope that most schools are going to be open. We don’t want people to make political statements or do it for political reasons. They think it’s going to be good for them politically, so they keep the schools closed. No way.

So kids should go to school. That’s the new position.

Now, you may have thought this was a debate that we settled conclusively in the 19th Century when we banned eight-year-olds from working in factories and sent them to school.

Parents are certainly on board with that. They want their kids back in the classroom in September. Every poll shows that.

Most kids and most teachers probably feel the same way.

So, who is opposed to opening schools? Take a guess. The teachers unions.

The teachers unions’ position on every question is always the same. They would like less work, no accountability, and much more pay.

At least one chapter, the American Federation of Teachers is planning to go on strike if they have to work this fall.

So many administrators and school districts have no choice but to obey their demands.

In Miami-Dade County in Florida — that’s one of the country’s biggest school systems — the superintendent has warned that his schools may have to stay closed in the fall.

ALBERTO CARVALHO, SUPERINTENDENT, MIAMI-DADE COUNTY PUBLIC SCHOOLS: I will not reopen our school system, August 24th if the conditions are what they are today. Our reopening plan contemplates a Phase 2 reality. We are still in Phase 1. A Phase 1 that has degraded since over the past few weeks.

Many schools that do plan to reopen will do so under a series of restrictions that have no basis of any kind in science. It’s a kind of bizarre health theater.

Students will be kept six feet apart. Everyone will have to wear a mask. Class size will be limited. In some schools, there will be scheduled bathroom breaks, et cetera et cetera. There won’t be any sports.

In Washington state, Education officials are considered letting students go back to school on the basis of their race. Non-white kids will get to go back first while white students will be ordered to stay home until the virus subsides.

Now you may have thought that plans like that were eliminated with the Brown vs. Board of Education decision 65 years ago. But no, it’s all coming back.

The teachers unions tell us this is all about public health.

Tuesday, a union in Chicago retweeted this self-righteous little fortune cookie, “Educators would much rather be with our students in person. But our number one responsibility is to keep our students safe.”

There’s only one way for educators to keep their students safe right now and that’s to teach them in person by reopening schools.

Distance learning is not learning. This has been studied and we know it.

When Los Angeles schools checked the participation in distance learning, they found exactly what you’d expect them to find.

On any given day, fully a third of students never logged in at all.

Two-thirds of teachers report that students were less likely to complete assignments once they began so-called distance learning.

And according to one recent body of research, students who have been learning online, lose far more of their knowledge over the summer break than they typically do, and that’s saying a lot.

So no, distance learning is not a substitute for actual learning and you know that well if you have kids who’ve been trying it.

Parking a student in front of a computer screen is not a substitute for a classroom.

There’s a lot at stake in this debate, more than just the accumulation of knowledge, more than just education. Two weeks ago, the American Academy of Pediatrics — they’re not educators, they are pediatricians — strongly recommended reopening schools in the fall.

Why? Because they know that keeping children at home isolates them and increases the risk of depression and suicide.

It also prevents teachers from noticing and reporting physical and sexual abuse of children, abuse that is almost certainly more frequent for kids who can’t leave home.

So for children, the risk of staying locked at home are high. The risks from the coronavirus by contrast are not high.

For children, it is far less deadly than the seasonal flu. In fact, if lockdowns caused just a one percent increase in teenage suicides, which is entirely possible, they will constitute a higher death toll than all coronavirus deaths among high schoolers nationwide so far.

And in fact, we have good reason to believe lockdowns have boosted suicides, far more than one percent. The numbers are not in completely, but the numbers we have so far are horrifying. Nor are children significant risk to adults. They do not generally spread the virus to others.

A Swiss study found that among infected children, viral loads were very low and that made it difficult for them to spread the disease. Children are much more likely to get the virus from their parents than the other way around.

Other countries realized this because the data are in and they believe in science, unlike our leaders.

In Germany, in early May, four major medical associations all called for the immediate reopening of that country’s schools and daycare centers. They called for reopening without restrictions. — No dividing children into small groups, no masks, no social distancing, no scheduled bathroom breaks, no health theater.

Adult countries don’t act that way. In Australia, the country’s Deputy Chief Medical Officer, a man called Nick Coatsworth, published an open letter to the public in May making the very same point, “COVID-19 is not the flu. Far fewer children are affected by COVID-19 than by the flu. And the number of transmissions from children to children and children to adults is far less than the flu.

“As an infectious disease expert, I’ve examined all of the available evidence from within Australia and around the world, and as it stands, it does not support avoiding classroom learning as a means to control COVID- 19.”

It couldn’t be more conclusive, and doctors around the world agree with it. Sweden never closed primary schools at all. It didn’t close daycares, either. The coronavirus outbreak in Sweden, despite what you have heard, has been no worse than ours here. The numbers show that.

Austria, Finland, Norway, Singapore have all reopened their schools and none of those countries have seen an explosion of cases linked to schools.

In Denmark, schools have been open since late April. Masks have not been required. But the number of infected children has not grown, in fact, it has steadily declined.

None of this is opinion. None of it is political. All of it is actual science and there’s an overwhelming amount of that science. It accumulates daily.

Coronavirus is not deadly to children. Sending children to school will not spread coronavirus. Keeping children at home hurts children and hurts everyone else.

Schools must open. It’s that simple.

Nothing affects the life of an ordinary family more than questions of where to go to school and when. Without schools returning to normal in the fall, millions of American parents will not be able to work, even as we descend into recession.

Millions will be ordered to work two jobs — their own job and the job that teachers are refusing to do while still getting paid by the rest of us.

Yet, instead of sympathizing with the plight of suffering American families, the head of the American Federation of Teachers, Randi Weingarten, rejoices at the prospect.

According to Weingarten, employers must adjust work schedules to accommodate the leisure time of her members.

RANDI WEINGARTEN, PRESIDENT, AMERICAN FEDERATION OF TEACHERS: A lot of employers would then actually follow what the school’s people are doing and will adjust schedules because there shouldn’t be a difference there — we should never be pitting parents against teachers or kids needs against parents needs to work and I think that employers would be very open to it.

So what you just saw is lunacy. None of this is rational. It is hysteria. And of course, it’s political, too.

America’s teachers’ unions are some of the most stridently partisan organizations in our country. They are the biggest backers of the Democratic Party.

This is an election year. They believe more chaos and more displacement will help them win. Maybe they’re right, but it’s sick.

These are people who will destroy anything for more power and unfortunately, this season, that means hurting your children.