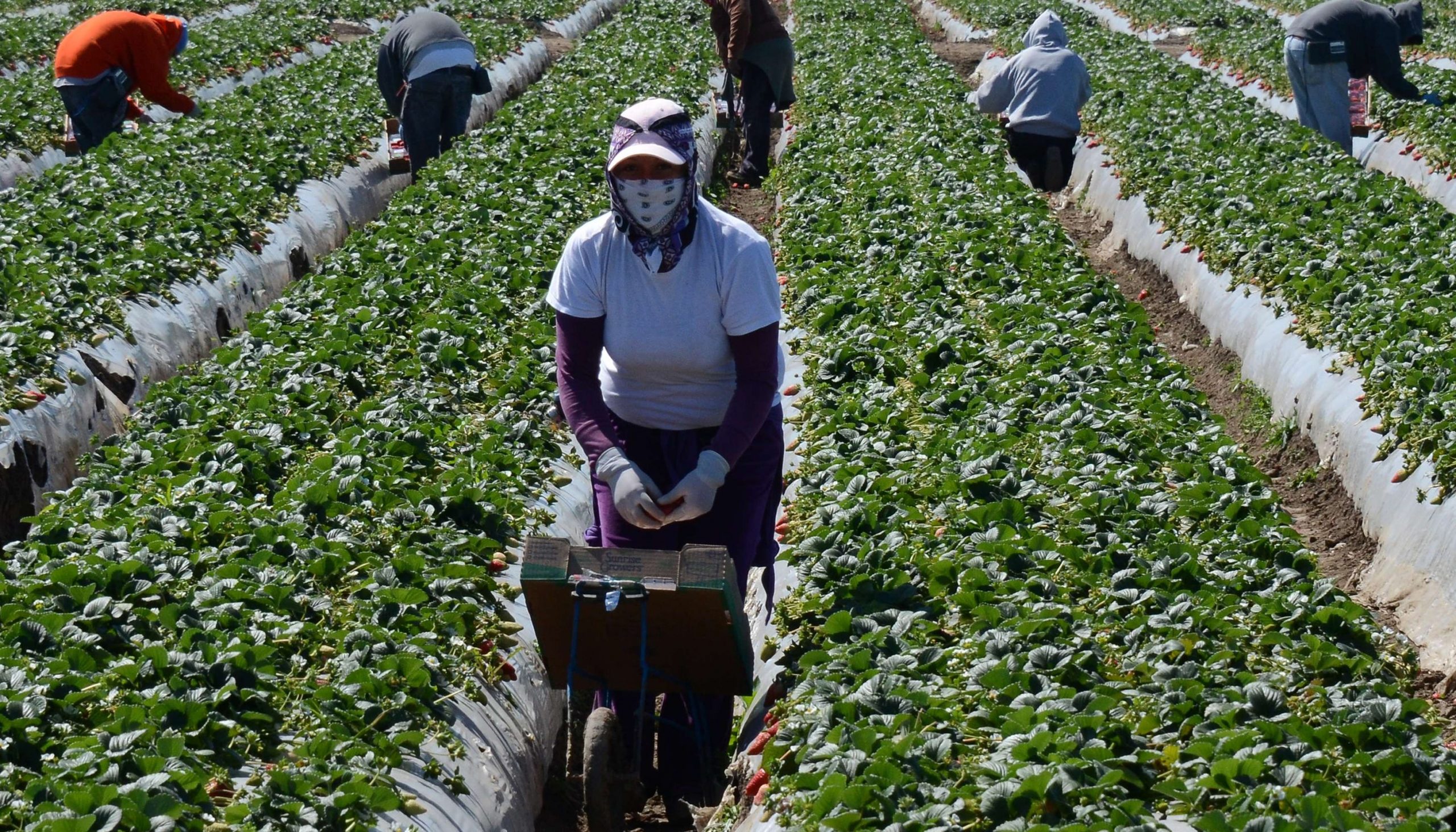 President Donald Trump said he plans to issue a 60-day pause on immigration to protect American workers, but the suspension will not apply to temporary workers. (April 21)

WASHINGTON – President Donald Trump’s intention to suspend parts of the U.S. immigration system could have wide-ranging implications for industries that rely on foreign workers, experts say.

Trump has made immigration restrictions a hallmark of his administration, and his response to coronavirus has included a number of ways to curtail entry into the country. He has halted nonessential travel along the northern and southern borders, suspended flights from China and Europe and suspended regular visa services at U.S. embassies and consulates.

But if immigration was suspended broadly, it could discourage a wide variety of employment and may have a major effect on industries where millions of immigrants work, like health care, manufacturing, agriculture and academics.

Trump announced his intention in a tweet Monday to protect the jobs of American citizens during the pandemic by “signing an Executive Order to temporarily suspend immigration into the United States!”

About 22 million people have filed for unemployment claims since Trump declared a national emergency a month ago. Kayleigh McEnany, the White House press secretary, quoted Trump in blaming lower wages and higher unemployment on decades of record immigration.

“President Trump is committed to protecting the health and economic well-being of American citizens as we face unprecedented times,” she said in a statement. “At a time when Americans are looking to get back to work, action is necessary.”

Trump indicated Tuesday that his executive order would halt new green card awards for at least 60 days and would be reevaluated after that period. The president stressed that his move would not affect temporary workers, such as seasonal workers arriving from other countries through several visa programs.

“It would be wrong and unjust for Americans laid off by the virus to be replaced with new immigrant labor flown in from abroad,” the president told reporters. “We must first take care of the American worker.”

Trump said his executive order, which the White House had not yet provided, would “only apply to individuals seeking a permanent residency, in other words, those receiving green cards.” Trump said he would most likely sign the executive order Wednesday.

Sen. Tom Cotton, R-Ark., retweeted Trump and said it’s important to get people who were laid off back to work “before we import more foreigners to compete for their jobs.”

Roy Beck, president of NumbersUSA, a group that advocates for lower levels of legal and illegal immigration, said skyrocketing unemployment in the country right now is all the reason necessary to close the nation’s borders.

“The president’s comments reflect a sensitivity to a primary purpose of all immigration laws of every country, and that is to protect a nation’s vulnerable workers,” Beck said. “With tens of millions of Americans who want to work full time not able to, most immigration makes no sense today, and to allow it to continue at its current level at this time would show a callous disregard for those enduring deep economic suffering.”

But critics argued that Trump’s proposal was entirely political and could cause devastating harm to the economy if implemented. Ben Johnson, executive director of the American Immigration Lawyers Association, suggested Trump is trying to score political points with his base.

“He’s doing this at a time when there is nobody traveling,” Johnson told USA TODAY. “Everybody needs to understand that this is a political strategy and if it ever turns into a policy strategy, it’s going to make things much worse, not better.”

Before details of Trump’s proposal were provided, the vow raised alarms across a variety of industries.

“We urge President Trump not to endanger the country’s economic recovery by closing its economy to the rest of the world,” Jason Oxman, CEO of the of the Information Technology Industry Council, a trade group for companies such as Amazon, Facebook and Microsoft, told USA TODAY.

Oxman said some of the most recognizable and dynamic American companies were started by immigrants. He said the country won’t benefit from shutting down legal immigration while tech workers play an essential role in the response to COVID-19.

“They will be vital to the U.S. economic recovery and must remain part of the workforce,” Oxman said.

Brad Smith, president of Microsoft, tweeted Tuesday that immigrants are helping respond to the virus through health care, research, infrastructure and the food supply.

“Immigrants are vital to our company & the nation’s economy,” Smith said. “As we focus on recovery for all Americans, we must not lose sight of the critical importance of immigrants.”

Six million U.S. health care workers are foreign born, including about 29% of all doctors, 38% of home health aides and 23% of retail-store pharmacists, according to the Migration Policy Institute.

“Trump’s ill-defined, insidious and irrational tweet insults the thousands of immigrants who are risking their lives in the fight against COVID-19 as health care, pharmacy, manufacturing, transportation, and grocery workers, among other critical roles,”  said Nihad Awad, national executive director of the Council on American-Islamic Relations. “Banning these and other immigrants from our nation amid the COVID-19 pandemic not only undermines our values but would result in fewer essential workers and makes us less safe.”

Greg Siskind, an immigration lawyer in Tennessee, questioned the message Trump’s proposal sends to foreign executives at U.S. manufacturing plants in his state such as Nissan and Volkswagen.

“Telling those companies that their Japanese executives and German executives are not welcome in the United States to oversee their plants is going to be an interesting conversation for those governors and senators,” Siskind told USA TODAY. “There are hundreds of thousands of workers in our region that are employed by those companies. I am sure that that is going to be a difficult message.”

More than 1 million international students attend colleges nationwide and contribute more than $39 billion to the economy, according to the American Council on Education. Siskind said foreign students subsidize domestic classmates because they pay full tuition that schools rely upon.

“All these colleges are no doubt getting inundated today with messages from students who have been accepted, trying to make final decisions on where they’re going,” Siskind said. “There are a lot of departments at universities around the country that cannot stay open without international students, especially in the sciences. It has huge implications for research and academia in the United States if this stands.”