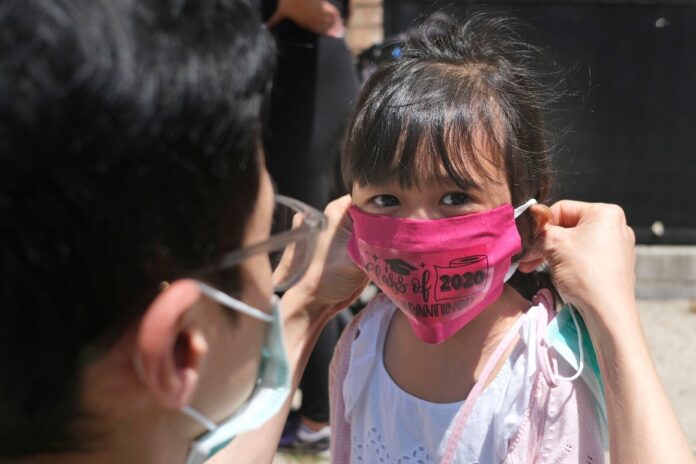 “And I don’t agree with the statement that if everybody wears a mask, everything disappears,” the president told Fox News host Chris Wallace in the interview, undercutting the messaging from his own government experts.

Several months into a global pandemic that has infected 3.7 million Americans and killed more than 140,000 people in the U.S., the nation still lacks a unified approach to handling Covid-19, the disease caused by the novel coronavirus, including the use of face coverings.

Cities, counties and states are taking their own approaches to dealing with the resurgent virus that has ravaged states across the South and West at a record-setting pace in recent weeks. Indeed, the lack of a clear strategy is playing out as both the entire nation and individual states set records on positive coronavirus cases and deaths amid pressure to fully reopen the economy ahead of the November election.

Robert Redfield, the director of the Centers for Disease Control and Prevention, told reporters on Monday that “we could drive this epidemic to the ground” if everyone wore a face covering the next four to six weeks. In an editorial published in the medical journal JAMA on Tuesday, Redfield and other CDC officials cited case studies affirming the effectiveness of face coverings.

“[T]he public needs consistent, clear, and appealing messaging that normalizes community masking,” they wrote. “At this critical juncture when COVID-19 is resurging, broad adoption of cloth face coverings is a civic duty, a small sacrifice reliant on a highly effective low-tech solution that can help turn the tide favorably in national and global efforts against COVID-19.”

Trump, however, has provided inconsistent, mixed messaging on masks. The president called out Anthony Fauci, the director of the National Institute of Allergy and Infectious Diseases, and Surgeon General Jerome Adams for recommending against the use of masks before the CDC recommended them in April.

“Everybody who is saying don’t wear a mask — all of a sudden everybody’s got to wear a mask, and as you know, masks cause problems, too,” Trump said in the Fox News interview, which was recorded on Friday at the White House. “With that being said, I’m a believer in masks. I think masks are good. But I leave it up to the governors.”

Francis Collins, the director of the National Institutes of Health, began his “Meet the Press” interview with NBC’s Chuck Todd on Sunday while wearing a mask.

“I’m going to take it off for this interview,” Collins said, noting that no one was within 10 feet of him. “But I didn’t want anybody to think that we take masks as something optional for people who want to protect themselves and people around them.”

Collins called it “bizarre” that masks had become a political issue.

“How could it be that something as basic as a public health action, that we have very strong evidence can help, seems to attach to people’s political party?” he asked. “That virus is very sneaky and stealthy, and our best chance is for all of us to get together and do the right thing, and stop fighting so much about the divide between different political perspectives, which is just getting in the way.”

Twenty-eight states — and the District of Columbia and Puerto Rico — have statewide mask mandates, according to an ABC News analysis. The list includes Arkansas and Colorado, whose governors sat for a joint interview with Martha Raddatz on ABC’s “This Week” on Sunday.

Eight in 10 Americans said they wear a mask all or most of the time, according to a Washington Post-ABC News poll, including 66 percent of Republicans. And 60 percent of Americans disapprove of the president’s handling of the coronavirus outbreak. Only 38 percent approve.

Gov. Asa Hutchinson of Arkansas, a Republican, said he didn’t support a national mandate, but challenged “our national leadership” to set an example by wearing masks. Trump wore a mask in public for the first time last week during a trip to Walter Reed National Medical Center.

Hutchinson conceded that a statewide order was “not something I wanted to do,” but he acknowledged that “it’s something everybody can do to relieve the pressure on our hospitals, to give us a hope to bring down those cases.”

Arkansas hit its peak in coronavirus cases on July 9. The state averaged nearly 700 daily cases in the past week, and more than 450 Covid-19 patients remain hospitalized, according to health department data.

“It’s not popular. It’s not something we want to do,” Hutchinson said of the mask mandate. “It’s not the first lever we pull. But it is one that, when the data says it’s necessary, we do it.”

“There’s no governor that ran for office or gets up every morning saying, ‘I want people to wear masks,’” he said. “And that’s why, you know, Asa had concerns about it. So did I.”

Rep. Donna Shalala (D-Fla.), who served as secretary of the Department of Health and Human Services under President Bill Clinton, told Raddatz that “the virus is out of control” in her district.

Florida was the 34th state in the country to issue a stay-at-home order but one of the earliest states to begin reopening. And despite avoiding the early outbreaks that some experts predicted, the state is now experiencing a full-blown emergency. Florida reported more than 12,500 cases on Saturday.

Gov. Ron DeSantis, a Trump ally, has suspended drinking at bars in Florida. But he has said the state won’t shut down again and opposed making masks mandatory statewide.

Shalala on Sunday took issue with those positions.

“We need to close down in Florida,“ she said. “We’ve asked the governor to do that. And we’ve even asked him to do the simplest thing, and that is to require masks for everyone. He has not done that. Luckily, our mayors in South Florida have done that. But that’s just a small piece, because this disease doesn’t know what county or what city it’s in.”

Gov. Mike DeWine of Ohio, a Republican, warned that his state was about where Florida was a month ago.

“We’re very, very concerned,” he said on “Meet the Press.” “It’s not just about masks, though.”

DeWine said his administration would begin running television ads to promote wearing masks and that more mask mandates could come at the county or even state level.

“We’re at a crucial time,” he said. “And so this week, you may see a lot more counties under that mask requirement. So we certainly would not rule out going statewide. We’re certainly looking at that.”