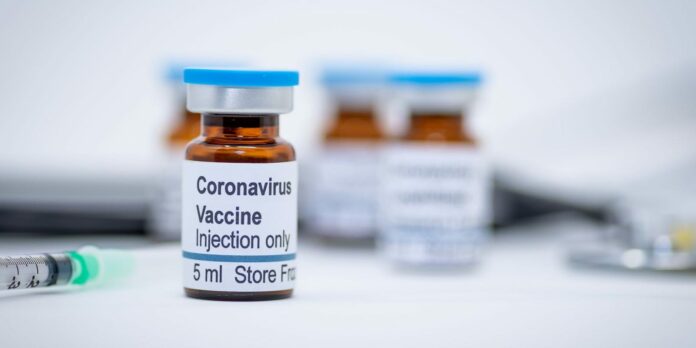 COVID survivors’ main symptoms can linger for weeks or even months, causing pain, trouble breathing, nightmares and even organ failure.

Top vaccine makers predict a vaccine or vaccines may be available as early as the beginning of 2021 and at least two pledged doses will be free or low-cost for all Americans.

Speaking before a House subcommittee Tuesday, executives from AstraZeneca, Johnson & Johnson, Merck, Moderna and Pfizer said their goal is to have effective vaccines available as soon as possible while following all safety and regulatory guidelines.

None of the pharmaceutical executives would commit to having a vaccine ready for the general public before early 2021, despite repeated questioning by House members.

The United States has so far invested nearly $2.3 billion in the effort to find a vaccine to stop SARS-CoV-2, the virus that causes COVID-19, which has killed more than 140,000 Americans.

Safety emerged as a key concern among lawmakers, with several pressing executives on whether the unprecedented speed of vaccine development or potentially lax government regulations would put the public at risk. All the panelists said safety would not be compromised.

The Food and Drug Administration released extensive guidance covering what would be necessary for a vaccine to be approved on June 30. One of the requirements was that any vaccine be at least 50% effective at preventing COVID-19 infections.

None of AstraZeneca’s interactions with regulators have indicated there has been any lowering standards, said Executive Vice President Menelas Pangalos.

Dr. Julie Gerberding, executive vice president and chief patient officer for Merck, said the company was “relieved” the FDA insisted on applying the same safety restrictions it applies to all vaccines.

Dr. Macaya Douoguih head of clinical development and medical affairs for Johnson and Johnson, offered hypothetically that if the FDA guidance were to be changed to require only 10% effectiveness, Johnson & Johnson would not release its vaccine.

“We would not feel comfortable bringing forth a product that was not efficacious according to our protocol,” she said.

Pricing was another question raised by several House members.

AstraZeneca’s Pangalos said the company would be selling to the government at cost, as did Johnson & Johnson’s Douoguih.

The other three companies said they would not.

“We will not sell it at cost, no ma’am,” said Moderna president Dr. Stephen Hoge.

Merck’s Gerberding said: “No, we will not be selling vaccine at cost.”

Pfizer’s chief business officer John Young would not commit to providing vaccine at cost, but said, “We recognize that these are extraordinary times and our pricing will reflect that during the pandemic.”

AstraZeneca will make two billion doses of its vaccine on a non-profit basis, Pangalos told lawmakers. The company, which is creating a vaccine in conjunction with the United Kingdom’s University of Oxford, said Monday it hopes to have a vaccine available by early next year.

The company’s vaccine candidate is now in Phase 2 clinical trials based on data from pre-clinical studies and being tested on over 1,000 volunteers.

“We are rapidly progressing these clinical programs with the hope that results from our late-stage trials, which are currently planned to involve close to 50,000 volunteers collectively, will be available this fall,” Pangalos said.

The British-Swedish company has entered into agreements with the U.S. and several other countries and organizations to supply vaccine.

The United States paid $1.2 billion for access to 300 million doses of the candidate vaccine through Operation Warp Speed, a White House task force focused on bringing therapies and vaccines for coronavirus to market as soon as safely possible.

A paper published Monday gave hope to the overall success of possible vaccines. The results showed the Oxford candidate vaccine, AZD-1222, led to strong immune responses for nearly two months in a trial that continues to track more than 1,000 healthy adults.

Pangalos said his company plans to supply approximately two billion doses globally to provide “broad and equitable access.” The company is building parallel supply chains around the world to produce those doses, he said.

More: A COVID-19 vaccine at what price? Should all Americans be able to get a shot for free?

Johnson & Johnson will charge one price globally for its vaccine, regardless of country or income tier, said Douoguih.

It plans to manufacture at least 400,000 doses of its candidate vaccine in the United States, she said.

The company is committed to making an affordable COVID-19 vaccine available on a “not-for-profit basis for emergency pandemic use,” she said. It will pursue external validation for calculating the price point and will make an external audit or certification available.

The company has received approximately $500 million from Operation Warp Speed for its work.

Johnson & Johnson plans to being testing its vaccine candidate in humans late this month in the United States and Belgium. If preliminary results are positive, it will launch a global Phase 3 clinical trial in September.

Phase 3 trials are the final and largest testing stage for vaccines once they have become established, don’t cause immediate adverse effects and provoke an immune response. COVID-19 Phase 3 trials will involve 30,000 patients for each vaccine candidate and take many months.

U.S. pharmaceutical company Merck is pursuing two possible vaccine candidates. It is focused on its long track record developing vaccines and the need for safety, and was open-minded about the possibility that a breakthrough is not a given.

“If approaches developed by others ultimately are proven superior to those being pursued by Merck, we will work to support those efforts for the benefit of global health during the pandemic,” said Gerberding.

Merck holds the record for creating the fastest vaccine ever brought to market, a mumps vaccine in 1967 that took four years from start to finish. But the company has repeatedly emphasized safety over speed in its COVID-19 work.

“Speed is important, but we will not compromise scientific efficacy, quality, and above all, safety, despite the sense of urgency we all feel,” said Gerberding in testimony provided to the committee.

The company’s CEO, Kenneth Fraizer, said on June 30 a vaccine can’t be rushed and rigorous science is necessary.

“When people tell the public that there’s going to be a vaccine by the end of 2020, for example, I think they do a grave disservice to the public,” he said during an interview with the Harvard Business School.

Moderna has made agreements with a Swiss-based vaccine manufacturer with sites in the United States and around the world, which will allow it to reach an annual manufacturing capacity of more than 500 million doses, said company president Dr. Stephen Hoge.

Its candidate vaccine research has been partially facilitated by $536 million from Operation Warp Speed.

Phase 1 results were presented last week. The vaccine appears to be safe and to trigger an immune response. Whether the immune response is enough to protect someone from the coronavirus that causes COVID-19 remains unclear, according to several experts who reviewed the results.

The company has already enrolled 600 volunteers in its Phase 2 studies, Hoge said.

Alone among the five companies testifing Tuesday, Pfizer has not taken any money from the U.S. government as it works on four different vaccine candidates for COVID-19.

“We are uniquely positioned with the scientific expertise and experience, manufacturing scale and financial resources to have the potential to deliver a potential vaccine without funding from the federal government,” John Young, Pfizer’s chief business officer, said in a prepared statement.

He anticipated the company will invest about $1 billion in its vaccine development efforts during 2020.

Pfizer is partnering with a German biotech company BioNTech to work on a COVID-19 vaccine. It is currently running early state clinical trials in the U.S. and the European Union.

Last week it announced two of its four vaccine candidates had received fast-track designation from the FDA. It hopes to begin Phase 2 testing later this month.

The company believes it could be submitting an application in to the FDA as early as October, Young said.

If the clinical trials progress well, the company hopes to manufacture up to 100 million doses by the end of 2020, and potentially more than 1.3 billion doses in 2021 globally, Young said.

“I have great confidence that our industry can prevail in the ultimate outcome of our battle against COVID-19 — and that science will win,” he said.