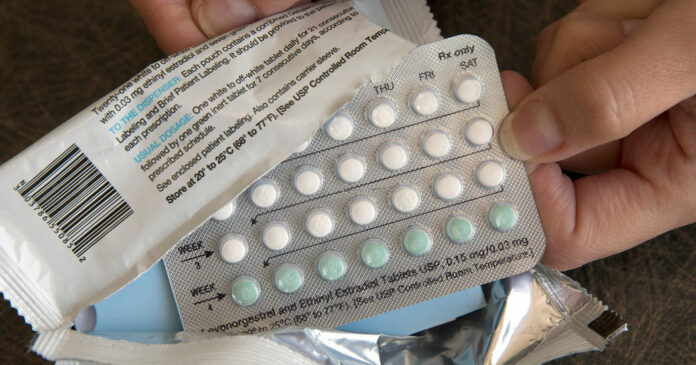 WASHINGTON — The Supreme Court on Wednesday upheld a Trump administration regulation that lets employers with religious or moral objections limit women’s access to birth control coverage under the Affordable Care Act and could result in as many as 126,000 women losing contraceptive coverage from their employers.

The 7-to-2 decision was the latest turn in seven years of fierce litigation over the “contraception mandate,” a signature initiative of the Obama administration that required most employers to provide cost-free coverage for contraception and that the Trump administration has sought to limit.

In a second major decision on religious rights on Wednesday, the court ruled by another 7-to-2 vote that employment discrimination laws did not apply to teachers in religious schools. Last week, by a 5-to-4 vote, it said state programs that provide scholarships to students in private schools may not exclude religious schools.

The three decisions were part of a broad examination of the relationship between church and state over the 15-year tenure of Chief Justice John G. Roberts Jr. in which the court’s conservative majority has almost always sided with religious groups.

Many religious groups praised the contraception decision. “The government has no business forcing pro-life and religious organizations to provide drugs and devices that can destroy life,” John Bursch, a lawyer with Alliance Defending Freedom, said in a statement.

Organizations seeking to protect access to birth control and abortion denounced the ruling as an assault on women that, as NARAL Pro-Choice America said on Twitter, “gave the Trump administration a green light to attack our birth control coverage.”

The clash between contraceptive coverage and claims of conscience is a key battleground in the culture wars, and the Supreme Court’s decision is likely to mobilize voters on both sides of the divide.

For opponents of the regulation, the decision to uphold it was especially disappointing because two members of the court’s liberal wing, Justices Elena Kagan and Stephen G. Breyer, voted with the majority.

Both justices had been in dissent in 2014, when the court ruled in a 5-to-4 decision that requiring family-owned corporations to provide contraceptive coverage violated a federal law protecting religious freedom.

On Wednesday, in a concurring opinion written by Justice Kagan, they said that the Affordable Care Act itself authorized regulators to create exemptions for employers with religious objections, noting that the Obama administration had adopted one limited to houses of worship. Whether the Trump administration had provided adequate justifications for its much broader exemption, Justice Kagan wrote, was a question for another day.

“Even in an area of broad statutory authority — maybe especially there — agencies must rationally account for their judgments,” she wrote. The court returned the case to the appeals court for consideration of other challenges to the regulation.

Justice Clarence Thomas, writing for the five more conservative members of the court, agreed that the Affordable Care Act had authorized regulators “to provide exemptions from the regulatory contraceptive requirements for employers with religious and conscientious objections.” But, unlike Justice Kagan, he did not suggest that the regulation remained vulnerable to a new legal challenge.

In dissent, Justice Ruth Bader Ginsburg, joined by Justice Sonia Sotomayor, said the majority had given religious belief too much power.

“In accommodating claims of religious freedom, this court has taken a balanced approach, one that does not allow the religious beliefs of some to overwhelm the rights and interests of others who do not share those beliefs,” she wrote. “Today, for the first time, the court casts totally aside countervailing rights and interests in its zeal to secure religious rights to the nth degree.”

Justice Ginsburg added that the ruling would have vast practical consequences, forcing poorer women to forgo contraception or use less effective methods.

The Obama and Trump administrations have taken very different approaches to contraceptive coverage.

In March 2010, President Barack Obama signed the Affordable Care Act, which includes a section that requires coverage of preventive health services and screenings for women. The next year, the Obama administration required employers and insurers to provide women with coverage at no cost for all methods of contraception approved by the Food and Drug Administration. The regulations exempted houses of worship — including churches, temples and mosques — from the contraception requirement. But nonprofit groups like schools and hospitals affiliated with religious organizations were covered.

Some of those groups objected to providing coverage for any of the approved forms of contraception. Others objected to contraception they said was tantamount to abortion, though there are substantial questions about whether that characterization was correct as a scientific matter.

How the court ruled

In Little Sisters of the Poor v. Pennsylvania, the court ruled, 7 to 2, that the Trump administration can allow employers to deny contraception coverage to female workers on religious or moral grounds.

Where the public stands

Question wording: The Affordable Care Act requires that health insurance plans for women include coverage for contraceptives (birth control), but the Trump administration recently passed regulations that greatly expanded exceptions to this mandate to include exemptions on the basis of religious or “moral” objections. Some people think that employers should not be forced to cover contraceptives if they express either a religious or a “moral” objection. Other people think that these employers should be forced to cover contraceptives. What do you think? | Source: SCOTUSPoll, based on an online YouGov survey of 2,000 U.S. adults conducted April 29 to May 12.

The Trump administration took the side of the religious employers, saying that requiring contraceptive coverage could impose a “substantial burden” on the free exercise of religion. The regulations it has promulgated made good on a campaign pledge by President Trump, who has said that employers should not be “bullied by the federal government because of their religious beliefs.”

Justice Thomas wrote that the Trump administration was entitled to adopt exemptions, as the health care statute provided regulators with “virtually unbridled discretion to decide what counts as preventive care and screenings.” It followed, he wrote, that regulators also had discretion “in other areas, including the ability to identify and create exemptions.”

“The plain language of the statute clearly allows” regulators, Justice Thomas wrote, “to create the preventive care standards as well as the religious and moral exemptions.”

In a concurring opinion, Justice Samuel A. Alito Jr., joined by Justice Neil M. Gorsuch, wrote that “the A.C.A.’s very incomplete coverage speaks volumes” about the absence of a compelling need to provide it.

“A woman who does not have the benefit of contraceptive coverage under her employer’s plan is not the victim of a burden imposed by the rule or her employer,” Justice Alito wrote. “She is simply not the beneficiary of something that federal law does not provide.”

In dissent, Justice Ginsburg said the majority’s ruling left women “to fend for themselves, to seek contraceptive coverage from sources other than their employer’s insurer, and, absent another available source of funding, to pay for contraceptive services out of their own pockets.”

“Ready access to contraceptives and other preventive measures for which Congress set the stage,” she wrote, “both safeguards women’s health and enables women to chart their own life’s course.”

Last year, a unanimous three-judge panel of the United States Court of Appeals for the Third Circuit, in Philadelphia, blocked the regulations, issuing a nationwide preliminary injunction. Making exceptions to the requirement that employers provide women with coverage of contraception at no cost would have a large practical effect, Judge Patty Shwartz wrote for the panel.

Among the groups that objected to providing contraceptive coverage was an order of nuns, the Little Sisters of the Poor. Justice Thomas praised their work.

“For over 150 years, the Little Sisters have engaged in faithful service and sacrifice, motivated by a religious calling to surrender all for the sake of their brother,” he wrote. “But for the past seven years, they — like many other religious objectors who have participated in the litigation and rule-makings leading up to today’s decision — have had to fight for the ability to continue in their noble work without violating their sincerely held religious beliefs.”