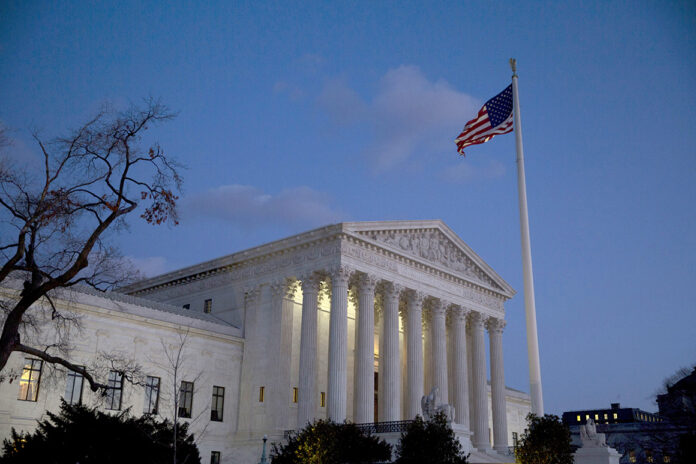 The president sent personal lawyers to argue against both sets of subpoenas, and he seems unlikely to hold back if the rulings go against him, especially if Republican-appointed justices or his own appointees vote against him.

After a pair of losses last month in cases involving LGBTQ rights in the workplace and the administration’s effort to end protections for so-called Dreamers, Trump invoked unusually vivid imagery as he lashed out at the court and tried to turn the defeats into a campaign issue.

“These horrible & politically charged decisions coming out of the Supreme Court are shotgun blasts into the face of people that are proud to call themselves Republicans or Conservatives,” Trump wrote. “We need more Justices or we will lose our 2nd. Amendment & everything else. Vote Trump 2020! “

While rulings in the closely watched subpoena cases could affect the president’s reelection bid, the decisions could also redefine Congress’ oversight powers and the ability of state and local prosecutors to explore potential criminality on the part of the president or his associates. At the heart of both cases are questions about whether third-party companies, like Trump’s accounting firm Mazars USA, can be compelled to produce the president’s personal documents while he’s in office.

By releasing decisions into July, the Supreme Court has parted with its usual practice over the last few decades of issuing its final — and most controversial — opinions of the term on one of the last days of June, a departure that coincides with broader delays resulting from the coronavirus pandemic.

Covid-19 outbreaks in the United States led the court to suspend in-person arguments, hold its first-ever telephone arguments and push some cases into the fall. The Trump subpoena cases were originally set to be heard on March 31, but the actual, virtual arguments were conducted on May 12.

The justices have left only one other case to their final opinion day: a dispute over whether a large swath of eastern Oklahoma is actually an Indian reservation.

The fact that rulings are expected in the Trump-focused cases does not promise that they will definitively resolve those cases or ensure that they will be decided with finality before the November election. It is possible that in either or both cases the justices could articulate a legal standard to apply, but not dictate an outcome and instead tell lower courts to delve into the issues again.

And even a ruling in Congress’ favor doesn’t guarantee that lawmakers will move to make Trump’s tax returns public before November.

Still, while the New York prosecutor’s investigation could be considered more urgent legally, since it involves a criminal investigation, the House inquiries may pack more of a political punch. That’s because while records turned over under a grand jury subpoena are required to be kept secret at least until charges are filed, lawmakers are under no such obligation and could release the Trump financial files in the lead-up to the election.

At issue in the House case are subpoenas that House committees issued last year to Mazars USA, as well as major Trump lenders Deutsche Bank and Capital One. All the queries, according to lawmakers, are intended to inform efforts to update ethics, disclosure and money laundering laws, as well as those pertaining to foreign influence in elections and government.

But Trump’s legal team argued that the demands were tantamount to political harassment, and that the House’s claims of a “legislative purpose” were a pretense to simply investigate the president.

When arguments were eventually held on the disputes almost two months ago, conservative Justices Clarence Thomas and Samuel Alito sounded highly sympathetic to the president’s arguments and hostile to the House’s.

The court’s other three Republican appointees — Chief Justice John Roberts and Justices Neil Gorsuch and Brett Kavanaugh — were more equivocal and did not sound like certain votes for Trump’s stance. Most of the court’s liberal justices seemed to favor some authority for the House to get the information it is seeking.

The case challenges lawmakers’ long-held principle that Congress has broad authority to seek documents it needs to support its constitutional lawmaking power, as well as the duty to oversee the executive branch’s implementation of the laws it has passed. But the justices repeatedly questioned House Counsel Douglas Letter about the limits to Congress’ investigative power and the outer edge of what might be considered a “legitimate legislative purpose” for its investigations.

At its core, the president’s legal fight with Congress is over how close a link the courts will require between House committees’ investigative efforts aimed at allegations of presidential misconduct and lawmakers’ specific plans to pass legislation.

So far, the courts have agreed that a broad interest in government oversight and the possibility of changes to mundane legislation like financial disclosure laws is enough to justify congressional subpoenas — and that history has shown this was the precise intent of the framers of the Constitution.

Trump’s lawyers, though, contended that investigating whether a president broke the law in his financial dealings is beyond Congress’ legislative powers and that, outside of an impeachment inquiry, no congressional action to pursue such allegations is legitimate.

That would appear to leave Congress with only a few options for reining in a president who is defying the law: withholding approval of legislation, funding or presidential nominees. Criminal law enforcement is also a possibility, but that is unlikely at the federal level because of a Justice Department opinion barring indictment of a sitting president.

One central point of discussion by the lawyers and the justices during oral arguments was the 1997 Supreme Court decision that rejected similar immunity claims from President Bill Clinton’s lawyers and allowed a sexual-harassment civil suit against him by an Arkansas state employee, Paula Jones, to proceed.

Clinton’s statements in his subsequent deposition in that suit prolonged the Whitewater independent counsel investigation and led to his impeachment by the House.

Several justices said Trump’s lawyers were ignoring or downplaying Clinton v. Jones, which green-lighted civil litigation that many would consider less weighty than a congressional subpoena or a criminal investigation.

“The aura of this case is really: Sauce for the goose serves the gander, as well,” Justice Ruth Bader Ginsburg, who was appointed by Clinton, said during the arguments.

The other case considered by the justices stemmed from a drive by the Manhattan district attorney, Cyrus Vance Jr., to use state-level grand jury subpoenas to get eight years of Trump’s tax returns and other financial records.

Trump’s personal lawyers said permitting such prospecting would lead to a flurry of similar requests, potentially unleashing 2,300 local prosecutors to target the president.

Last September, Trump sued Vance to try to block grand jury subpoenas as part of an investigation into alleged fraud by the Trump Organization and other matters.

Trump’s attorneys made a sweeping argument that presidents are completely immune from all concrete steps in the criminal justice process —ranging from subpoena to arrest and prosecution — while in office.

Despite more than a year of litigation, precisely what Trump-related tax and financial records the accounting firm and the banks have and would turn over in response to the subpoenas remains somewhat murky. Mazars is believed to have the president’s tax returns dating back more than a decade. The House Oversight and Government Reform Committee’s subpoena to that firm demands a wide array of financial records spanning eight years, but doesn’t explicitly seek tax returns.

Last August, in response to an order from a federal appeals court in New York, Capital One said it had no tax returns from Trump or his family. Deutsche Bank said it does not have the president’s returns but has some for two people linked to Trump, believed to be family members.