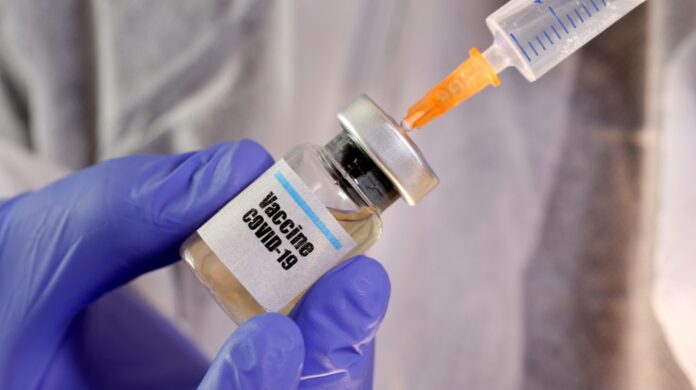 Promising results from trials of three potential coronavirus vaccines have raised hopes in the fight against the COVID-19 pandemic, which has killed more than 600,000 people and crushed economies globally.

Early-stage clinical trials of AZD1222, a closely-watched experimental vaccine being developed by AstraZeneca and scientists at Oxford University in the United Kingdom, induced “robust immune responses” in participants without any serious side-effects, according to results published in The Lancet medical journal on Monday.

The Oxford vaccine is one of 150 in development globally, but is considered the most advanced. US drugmaker Pfizer and China’s CanSino Biologics also reported positive responses for their candidates on Monday

The World Health Organization (WHO) has said any viable vaccine must be made available to everyone.

Below, we take a look at the latest developments in the global vaccine race.

The AZD1222 vaccine has been adapted from a common cold virus found in chimpanzees, with spike glycoprotein, a genetic material from the new coronavirus, added to it.

It uses the modified virus to deliver genetic instructions to cells to induce an immune response against the novel coronavirus that causes COVID-19.

Between April and May, a total of 1,077 healthy male and female adults between the age of 18 and 55 in five UK centres took part in the randomised and controlled Phase I and II trials of the experimental vaccine.

The participants were each given one dose and followed for about a month. Ten of them were given a second dose after 28 days.

What did the results show?

In its Phase I trial, the vaccine induced so-called neutralising antibodies – the kind that stop the virus from infecting cells – in 91 percent of individuals one month after they got one dose, and in all 10 subjects who got a second dose after 28 days, echoing a similar trial in pigs.

These levels were on par with the antibodies produced by people who had survived a COVID-19 infection – a key benchmark of potential success.

Oxford lead researcher Sarah Gilbert said the trial could not determine whether one or two doses would be needed to provide immunity.

The vaccine also induced the body to make T cells – activating a second part of the immune system that experts increasingly believe will be important for a lasting immune response.

What is the reaction?

While welcoming the early results, the scientific community also urged caution, with some predicting it would take until the middle of next year to find out if the vaccine actually works.

Andrew Pollard, chief investigator of the Oxford study, said they were at “an important milestone” in the anti-coronavirus efforts but added the researchers were “now moving rapidly forwards to try to evaluate whether the vaccine actually protects the population by conducting large-scale trials”.

Mene Pangalos, AstraZeneca’s research chief, said in a statement that Monday’s data “increases our confidence that the vaccine will work and allows us to continue our plans to manufacture the vaccine at scale for broad and equitable access around the world”.

Mike Ryan, head of emergencies at the WHO, praised the “good news” from the results, but warned: “There’s a long way to go.”

UK Prime Minister Boris Johnson, whose government has helped to fund the project, hailed the announcement as “very positive news”.

Before a vaccine can be approved for mass production and global distribution, it has to go through three stages, sometimes four, of clinical trials in humans. Provoking an immune reaction is the first part of vaccine development.

The Phase III trials, already under way in the UK, South Africa and Brazil, are looking at the optimal dosage and how much protection vaccinated people have when actually exposed to the coronavirus. The late-stage trials are also due to start in the United States, where prevalence is higher.

“We still need to see how the vaccine performs in older people, who are more risk of severe disease than the people we’ve vaccinated in this study,” she said. “So that’s the subject of future work, and there’ll be more publications to come.”

Wafaa el-Sadr, professor of epidemiology and medicine at Columbia University, told Al Jazeera a timeline of six months would likely determine if the vaccine is safe and effective for mass production.

AstraZeneca has signed agreements with governments around the world to supply the vaccine, should it gain regulatory approval. It has signed deals to produce and supply more than two billion doses of the shot, with 300 million doses earmarked for the US.

What other vaccines are being developed?

More than 150 other vaccines against COVID-19 are being developed around the world.

New data released on Monday showed that a candidate developed by CanSino Biologics Inc and China’s military research unit appeared to be safe and induced an immune response in most of the 508 healthy volunteers aged 18 to 83 who received one dose of the vaccine.

Some 77 percent of study volunteers experienced fever, fatigue, headache or pain at the injection site, side-effects not considered to be serious.

Results of another, smaller study in Germany of a different type of vaccine that uses ribonucleic acid (RNA) – a chemical messenger that contains instructions for making proteins – were also released by German biotech company BioNTech and Pfizer.

In the study of 60 healthy adults, which was not peer-reviewed, the vaccine induced virus-neutralising antibodies in those given two doses, a result that was in line with a previous early-stage US trial.

While the pace of the global vaccine race has been unprecedented, experts caution that producing enough doses of a successful candidate may be as difficult as developing the candidate in the first place.