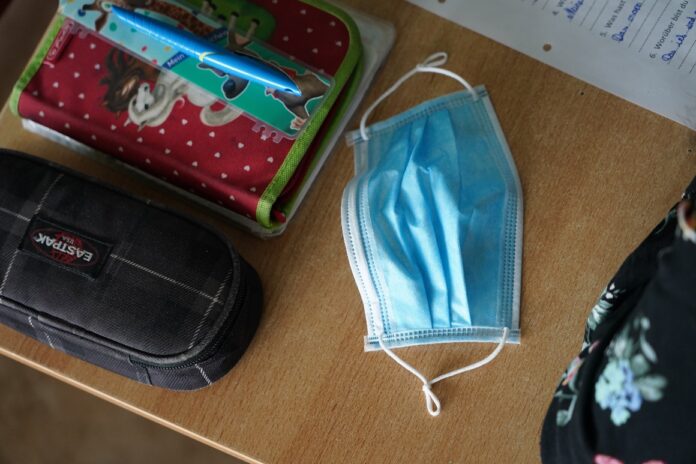 NEW YORK — New York City’s public schools will offer a mix of in-person classes and online learning when they reopen in the fall, with most children going to school two to three days a week, city leaders announced Wednesday.

The nation’s largest school system will not be able to fully reopen for its 1.1 million students because of the coronavirus pandemic, Mayor Bill de Blasio said. It will use a “blended learning” approach to keep numbers lower and allow social distancing between students, with children in school buildings part of the time and learning online at other times.

Families will also have the option to do online learning full time if they don’t feel safe returning to schools in person.

“Most schools will not be able to have all their kids in school at the same time,” said de Blasio.

City schools closed their doors in March as the pandemic bore down on the city, where it has killed more than 23,000 people. Students, teachers and parents scrambled to adapt to learning from home, and leaders acknowledge that their education has suffered as a result, and the educational divide between affluent and low-income parents has widened.

New York City leaders were initially confident they would be able to fully reopen the schools in September, but now say they will have to limit attendance to keep students and staff six feet apart — potentially until there is a vaccine or a cure for Covid-19.

The new plan will pose a challenge for working parents who have been hard pressed to juggle jobs and children in recent months, with no plan yet in place to provide expanded child care.

“We can make up learning for students. We cannot bring a student back who is infected and passes away,” said Schools Chancellor Richard Carranza.

A typical classroom will be able to hold nine to 12 students under the pandemic plan. In normal times, class sizes are around 30. Schools will also look to convert auditoriums, cafeterias and gyms into classroom space, and some may hold classes outdoors.

Schedules will be distributed to students at each school in August, officials said.

At some schools, students may be divided into two cohorts, with one attending on Tuesdays and Thursdays and the other on Wednesdays and Fridays. They would alternate Mondays.

Some crowded school buildings will allow students to attend less often: children will be divided into three cohorts, and come to school one or two days a week.

Some students with disabilities will have the chance to get in-person instruction five days a week. Homeless students and those who are learning English will also be prioritized for more time in class.

“Our goal is to have as many students in person as much of the time as possible,” Carranza said.

While children are believed to be less susceptible to Covid-19 than adults, a dangerous inflammatory syndrome found in New York children infected with the virus has raised alarms. Officials are also worried about the disease spreading among staff and from children to their families.

Students and staff will be required to wear masks, though Carranza said children would not be punished for failing to wear them.

Hand sanitizer and disinfecting wipes will also be distributed to each school, and buildings will be cleaned overnight with disinfecting sprayers. Heat and air conditioning systems are being upgraded over the summer to improve ventilation.

Teachers with medical conditions can apply for accommodations to opt out of teaching in person.

“Re-opening our schools will be a complex and difficult process, but we are not going to be careless with our students, their families, and our educators,” said United Federation of Teachers president Michael Mulgrew.

Students who aren’t comfortable coming to school can sign up for all-remote classes by August, and will have a chance each quarter to decide if they want to return to school.

A Department of Education survey found that about 75 percent of parents were interested in sending their kids back to school.

The mayor acknowledged the city will face a dilemma on how to restart its economy while working parents can’t have their kids in school full time. Daycare centers have gotten the go-ahead to reopen next week, but capacity there will be limited as well.

“I feel for parents who are juggling so much,” de Blasio said. “We’re going to have to figure out more in terms of childcare. This is something we’re going to be building as we go along.”

Plans for the new school year may still change depending on the progress of the disease, officials said. So far, the number of new cases in New York has stayed steady after dropping dramatically from its high point, while the outbreak explodes in other parts of the country.

In the latest data, 1 percent of tests came back positive in the city, and 65 people entered hospitals for Covid-19 symptoms.

Gov. Andrew Cuomo on Wednesday promised state guidelines for school officials by July 13, and individualized reopening proposals will be due by July 31. He said state decisions, which could ultimately overrule elements of the city’s plan, will be made between during the first week of August.

“The facts change here day to day, week to week,” Cuomo said at a press conference in Manhattan. “I understand there’s a drop-dead date where you have to make a decision by a certain date, but wait until that date to make a decision because the facts may change. As we see a week could be a lifetime with this Covid virus, because everything changes so quickly.”

Trump on Wednesday threatened federal funding for schools that do not reopen physical classrooms and undermined his own administration’s guidance to local officials about how to do so, saying the CDC’s advice asks “schools to do very impractical things.”

Cuomo dismissed Trump’s comments as mere posturing and said the federal government does not have jurisdiction.

“This is getting a little old as far as I’m concerned,” Cuomo said. “School reopenings are a state decision, period. It’s not up to the president of the United States.”

Nick Niedzwiadek contributed to this report.