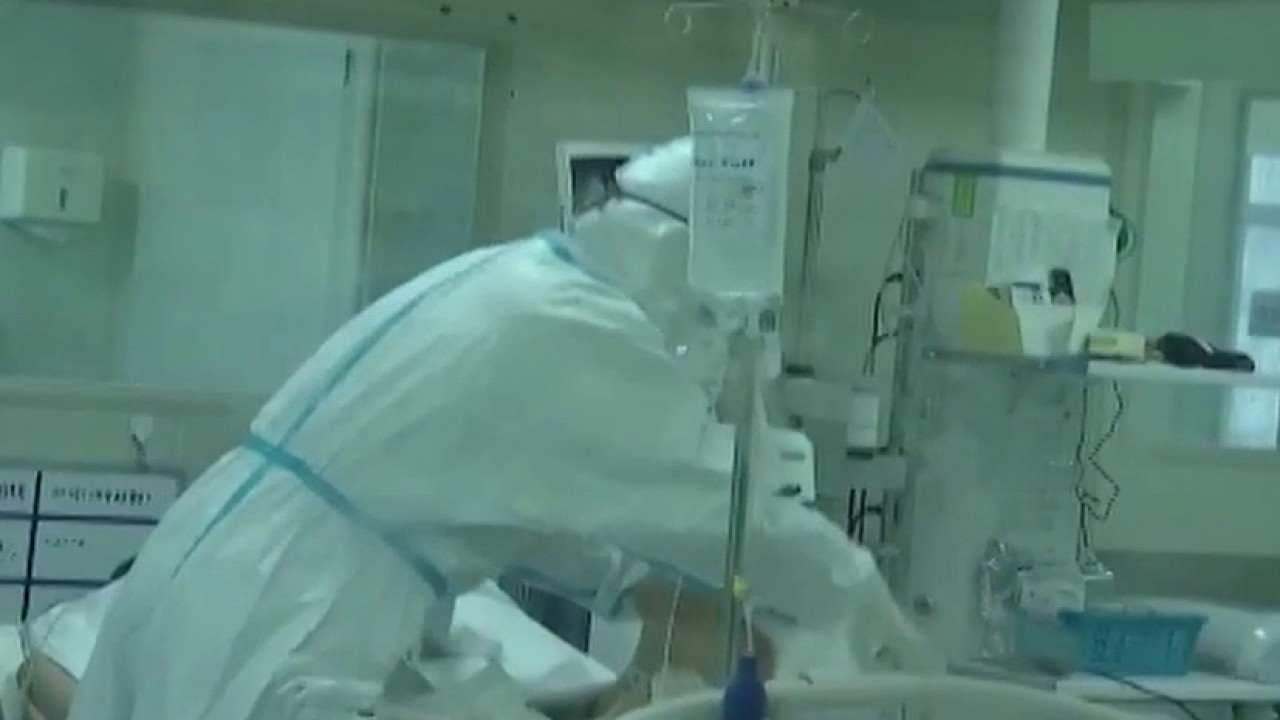 Get the latest news on coronavirus and more delivered daily to your inbox. Sign up here.

EXCLUSIVE: Missouri became the first state to file a lawsuit against China on Tuesday, accusing the country of being responsible for the severity of the coronavirus pandemic and seeking damages to make up for “the enormous loss of life, human suffering, and economic turmoil” resulting from the disease.

The suit in the Eastern District of Missouri follows at least seven federal class-action suits that have been filed by private groups, with one filed in Florida saying that China knew “COVID-19 was dangerous and capable of causing a pandemic, yet slowly acted, proverbially put their head in the sand, and/or covered it up in their own economic self-interest.”

It also comes on the heels of 22 Republican lawmakers on Monday requesting that the Trump administration bring a case against China to the International Court of Justice (ICIJ) for the country’s actions during the pandemic.

CORONAVIRUS: WHAT TO KNOW

Missouri Attorney General Eric Schmitt is leading his state’s lawsuit against China over its handling of the coronavirus.
(Reuters)

Officials told Fox News that outside of the health consequences of the coronavirus — Missouri has confirmed 5,963 cases of the virus and 215 deaths as of Tuesday morning — the economic shutdown the state imposed to reduce the spread of the disease has cost Missouri about $44 billion, according to one estimate.

“In Missouri, the impact of the virus is very real – thousands have been infected and many have died, families have been separated from dying loved ones, small businesses are shuttering their doors, and those living paycheck to paycheck are struggling to put food on their table,” Missouri Attorney General Eric Schmitt said in a statement.

The text of the lawsuit lays the blame for the pandemic’s consequences squarely at China’s feet.

“The repeated unlawful and unreasonable acts and omissions of” China, the Missouri suit claims, “have been injurious to—and have significantly interfered with—the lives, health, and safety of substantial numbers of Missouri residents, ruining lives and damaging the public order and economy of the State of Missouri.”

Officials say that in addition to extracting as large a financial judgment out of China as it can, Missouri is looking to hold the Chinese government officially accountable for its alleged actions to exacerbate the coronavirus pandemic and potentially bring further facts about how the Chinese government handled the virus, and possibly about the virus’ origin, to light.

“An appalling campaign of deceit, concealment, misfeasance, and inaction by Chinese authorities unleashed this pandemic,” the suit reads. “During the critical weeks of the initial outbreak, Chinese authorities deceived the public, suppressed crucial information, arrested whistleblowers, denied human-to-human transmission in the face of mounting evidence, destroyed critical medical research, permitted millions of people to be exposed to the virus, and even hoarded personal protective equipment—thus causing a global pandemic that was unnecessary and preventable.”

The suit makes numerous claims of wrongdoing by China and the other defendants related to the Chinese government it seeks to hold responsible, including an “emerging theory on the origin of the virus … that it was released from the Wuhan Institute of Virology, which was studying the virus.”

Fox News has reported that sources have increasing confidence that the coronavirus escaped from a Wuhan laboratory, not as a bioweapon but as part of China’s attempt to demonstrate that its efforts to identify and combat viruses are equal to or greater than the capabilities of the United States. The U.S. is conducting a full-scale investigation into whether that’s the case.

But U.S. officials and the intelligence community have confirmed to Fox News that they have taken the possibility of the coronavirus being man-made or engineered inside China as some sort of bioweapon off the table and have ruled it out at this point.

Officials say the Missouri suit seeks to present good-faith claims about actions China likely took that led to the pandemic. They also emphasize the Chinese government took other actions to worsen the spread of the coronavirus that have been proven with near certainty.

The suit, led by Schmitt, goes after The People’s Republic of China — the official Chinese government — as well as a variety of Chinese government agencies. Notably, however, the suit also names the Chinese Communist Party (CCP) in an effort to go around restrictions in the Foreign Sovereign Immunities Act (FSIA).

The FSIA restricts Americans’ ability to sue foreign governments except in certain circumstances, and by suing the CCP — which largely controls the Chinese government — in addition to the government itself, Missouri officials say they will be able to bring their claim without running into a FSIA roadblock. Additionally, they claim their suit fits within some of the FSIA exceptions, including one for commercial activity.

At least two of the private class actions, run by Berman Law Group, have sought to claim the commercial activity exception in their suits — although Yale law professor Stephen L. Carter argued in a recent Bloomberg column that the claims don’t fall under the FSIA exceptions.

“This filing by the state Attorney General of Missouri demonstrates the validity of our class action lawsuits vs. People’s Republic of China, the CCP and other entities,” Alters said. “Our case is about holding China, the CCP and others accountable in Court. It will take all of us united to right this horrible wrong, and together we will.”

China has been on the receiving end of not just lawsuits in the U.S. but also regular verbal barbs from federal lawmakers like Sen. Tom Cotton, R-Ark. Cotton has introduced legislation that would amend the FSIA to make it much easier for Americans to sue the Chinese government over the coronavirus.

“By silencing doctors and journalists who tried to warn the world about the coronavirus, the Chinese Communist Party allowed the virus to spread quickly around the globe. Their decision to cover up the virus led to thousands of needless deaths and untold economic harm. It’s only appropriate that we hold the Chinese government accountable for the damage it has caused,” Cotton said in a statement.

China has sought to soften the PR blow against it with a propaganda campaign framing itself as the benefactor of many countries’ coronavirus responses, although questions have arisen about the qualify of tests and other virus-fighting equipment produced by China. It has also criticized American officials who are condemning its coronavirus response.

“The international community can overcome the virus only if it can stay united and cooperate to make concerted efforts,” China’s Foreign Ministry Spokesman Geng Shuang said of those blaming China for the pandemic. “Attacking and discrediting other countries simply wastes time and cannot save lost lives.”

He also said the coronavirus is a “common enemy of all mankind” and that China is “also a victim.”

The Missouri suit seeks to have the Chinese government, the CCP and other involved organizations “cease engaging in the abnormally dangerous activities, reimburse the cost of the State’s abatement efforts, and pay compensatory and other damages…”

A press release makes clear Missouri and Schmitt believe there has been significant damage to nearly every element of life in the state.

It says that Missouri has seen an, “unprecedented number of jobless claims” to go with a negative impact on the state budget that will last for years. “On the human side,” the release continues, “Missouri’s nurses and doctors are forced to quarantine from their families, our elderly citizens are stuck in nursing homes away from loved ones, and more.”