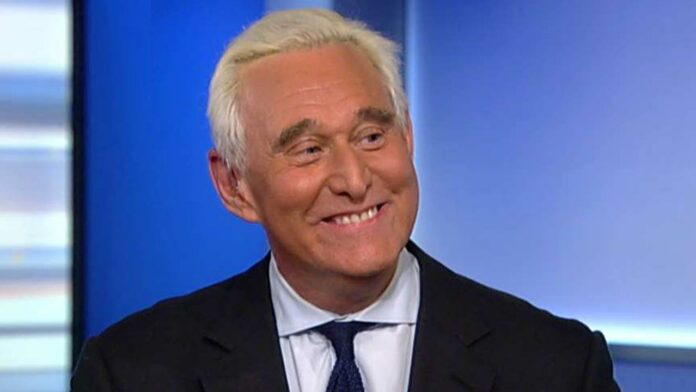 President Trump’s Friday night commutation of the unjust 40-month prison sentence given to Roger Stone for convictions of lying to Congress and witness tampering was necessary to correct a grave injustice and abuse of power.

Now — at long last —   the tragedy of Stone’s wrongful and politically motivated indictment, trial, conviction, sentencing and the rejection of his appeal is nearly over. This is a prosecution that should have never happened, and one that was motivated entirely by ego, politics and hatred of President Trump.

The saga began with a predawn SWAT team raid on Stone’s Florida home, televised by a gleeful CNN crew that — by an amazing “coincidence” – happened to be on the scene. It looked like a bad made-for-TV movie about the takedown of an armed and dangerous terrorist leader of the caliber of Usama bin Laden — when, in fact, Stone was unarmed and posed no danger to anyone.

Thankfully, President Trump has now acted in the interests of justice so that the 67-year-old Stone — who is not in the prime of good health — has been able to avoid a potential death sentence due to his vulnerability COVID-19 if he were imprisoned. Ironically, our prisons are being emptied of dangerous criminals at the very same time that the harmless Stone was about to be committed to life-threatening confinement.

I say the Stone’s ordeal is only nearly over —  and not finished —  because the next chapter will inevitably be a chorus of Trump-hating partisan Democrats fulminating impotently about the president’s “abuse of power” and demanding “answers” and an investigation.

Maybe the Democrats will even launch a fresh impeachment attempt against the president in the House of Representatives. Why not? It beats working. And it could give Democrats tons of free publicity leading up to the November election.

You can bet that Democrats eager to make Trump a one-term president will issue campaign-fodder denunciations of his act of charity in commuting his once-adviser’s excessive sentence. We could have the television on mute and yet know exactly what all the players will say.

The melodramatic and false Democratic claims are by now familiar because we’ve heard them so many times. “Russian collusion! Treason! Betrayal! Obstruction!”

What exactly did Roger Stone do to merit 40 months in prison — a sentence longer than some drug dealers, killers, human traffickers, rapists, and robbers receive?

Stone maintains his innocence, but was convicted of all seven counts charged in the indictment against him — obstruction of justice, false statements, and witness tampering – relating to his alleged 2016 campaign communications with Wikileaks founder Julian Assange.

In the end, the Stone prosecution had nothing to do with justice.

The prosecutors seized on Stone’s contradictory statements about contacts with Assange as a thread they could unravel to lead them back to the prize of proving that the Trump campaign somehow colluded with Russia to defeat Hillary Clinton. Any port in a storm, it seems.

Manafort remains in prison because he was convicted of crimes that have nothing to do with his role in the Trump campaign. Aside from those unrelated convictions, the greatest crime of Stone, Manafort, campaign volunteer George Papadopoulos and others was that they had the audacity to back outsider Donald Trump in his 2016 presidential campaign. The nerve!

The prosecution was meant to send a message – not so much to witnesses that they shouldn’t lie to Congress or obstruct justice, because if that were the case former Obama Director of National Intelligence James Clapper would be behind bars right now.

No, the prosecution of Trump supporters was meant to send a message to conservatives: if you dare support Trump, you will be targeted with a no-holds-barred and merciless political prosecution.

And indeed, many got the message. To this day the abhorrent treatment of Stone, Manafort and others incidentally caught up in a rigged witch hunt starring Special Counsel Robert Mueller has caused many talented Republicans to sit on the sidelines rather than play any role in the Trump administration or reelection campaign.

Who wants to risk prison, the blackening of their good name, or bankruptcy caused by enormous legal defense costs for supporting your favored candidate for president?

Piling onto the unjustified prosecution and abuse of government resources was a federal judge, Amy Berman Jackson, whose sentencing hearing condemning Stone to three years and four months in prison was replete with personal attacks against Stone and the president.

The judge abandoned all pretense of impartiality when she complained about alleged threats Stone had made against her on social media in his typical flamboyant, exaggerated fashion (before she muzzled him with a gag order). Since when have we allowed the alleged victim of wrongdoing to judge the allegation and hand out a prison sentence to the alleged perpetrator?

Most laughable was the stentorious pronouncement that Stone should have received more punishment for “witness tampering” — angry texts by Stone to a longtime friend, Randy Credico about Credico being a “rat” for talking to prosecutors and about the disputed substance of his testimony.

These texts are not a modicum of propriety. But jail time? In a justice system where former FBI officials Andrew McCabe, Peter Strzok, Lisa Page, James Comey and other perverters of justice walk free? From a judge who refused to properly resolve patent juror bias issues by no less than the jury foreman who clearly lied during jury selection?

Even “victim” Credico himself asked the court not to send Stone away for the trash-tweet texts. No victim, no harm – no problem! The court threw the book at him anyway, pitilessly.

In the end, the Stone prosecution had nothing to do with justice. It was about politics, public shaming, and a peculiar inside-the-Beltway set of self-referential rules: watch your back and watch who you support, because WE, the establishment, are watching YOU.

We all know why Stone was persecuted for the same type of behavior Obama administration officials and Hillary Clinton campaign operatives have skated free for. It was because Stone supported Trump, plain and simple. This is the type of prosecution we see in newly-minted “democracies” or in tin-pot dictatorships. That’s not America — at least, it shouldn’t be.

President Trump’s act of mercy won’t give Stone and his family their last two years back, or their millions of dollars in legal fees and lost income, or their good name or peace of mind. But it will give them back some dignity, and some respite from the baying hounds.

I can hear the shrieking from the mainstream media and the left ringing in my ears. But let’s put President Trump’s commutation into context, shall we?

President Trump has been far more selective about exercising his clemency power. Rather than releasing dangerous violent criminals, he has acted against unjust political prosecutions that targeted his supporters.

Trump’s act of mercy for Stone – a former campaign supporter who stepped up and was loyal when many others have not been — strikes a note of grace and decency and serves the interests of justice.