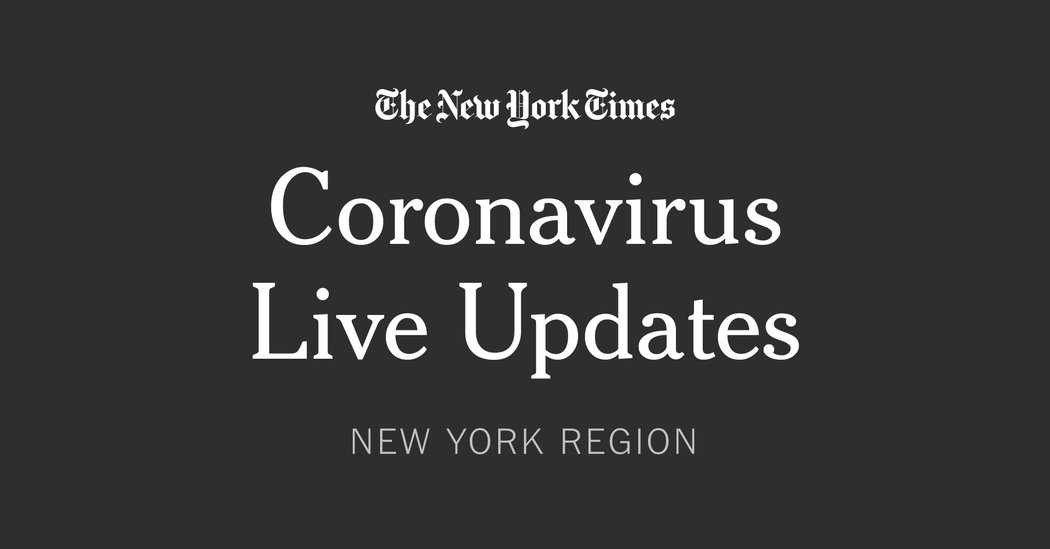 wear them when they cannot maintain social distance.

He said that face coverings must be worn by everyone on mass transit or in for-hire vehicles, including the operators. They must also be worn by all children age 2 or older. The order goes into effect tomorrow.

And Mr. Cuomo said that New York would send 100 ventilators to New Jersey, where deaths have been climbing in recent days.

The pared-down budget proposed by Mayor Bill de Blasio on Thursday for the fiscal year beginning July 1 reflects a city whose revenue has been devastated by the coronavirus.

To balance the budget, the city would need to make “over $2 billion in very tough budget cuts,” Mr. de Blasio said at a news briefing.

The $89.3 billion budget is $6 billion less than what the mayor initially proposed in January.

It is also $3.4 billion less than the budget for the current fiscal year, which ends in June.

The proposal anticipates a major drop in the city’s tax revenue: $7.4 billion over the current fiscal year and the next.

The dozens of proposed cuts, some large, some small, affect some beloved programs and include not opening the city’s outdoor pools this summer:

Before the outbreak, Mr. de Blasio, a Democrat in his second term, had overseen a period of booming growth that had allowed him to spend more than past mayors.

As he outlined his proposal, Mr. de Blasio said the city was focused on the heath and safety of its residents, and providing food and shelter to those who needed it.

“If we can’t provide the basics for our people, then you can kiss your recovery goodbye,” he said.

As he has in recent days, Mr. de Blasio called on the federal government to provide more financial aid.

“The toughest part will be ahead and that will all be about what happens in Washington,” Mr. de Blasio said.

“Will the president speak up?” Mr. de Blasio asked. “If President Trump raises his voice, the Republican Senate will follow, period.”

Governor Cuomo echoed the mayor’s call at his daily briefing. “We cannot do it,” he said of filling the hole in state and local budgets.

Drivers have roared through deserted New York City streets as if they were taking a lap at Le Mans.

They have openly drag raced on major commuting arteries and have racked up thousands of speeding tickets across the city. In some cases, they have left behind wrecked cars and lives.

As traffic has disappeared during the coronavirus pandemic, some drivers have responded by revving their engines and taking off. The open streets have also brought out motorcycle gangs and daredevils on dirt bikes and all-terrain vehicles doing wheelies and stunts in traffic lanes, residents said.

For the first time since Mr. de Blasio announced the daily health statistics that officials would track to decide when to start reopening New York City, all three numbers headed in the wrong direction, the mayor said on Thursday.

“This was a tough day,” Mr. de Blasio said. “This is not what we’re looking for.”

The mayor also announced new steps the city would be taking to fight the spread of the outbreak, including providing 11,000 free hotel rooms for people who needed to quarantine.

The city had initially planned to use hotel rooms as field hospitals, but Mr. de Blasio said they had not been needed. Instead, the city will offer them to health care workers, people from hard-hit neighborhoods in overcrowded homes and the homeless.

Mr. de Blasio also said that the city had continued releasing inmates from jails to slow the virus’s spread. Fewer than 4,000 people were in the city’s jail system, he said — the least since 1946.

On Wednesday, Police Commissioner Dermot Shea, expressed concern about so-called compassionate release programs, saying that some prisoners being released were a threat to public safety. The mayor said Thursday that they posed no threat.

“There is a clear monitoring program that has been set up for anyone released,” Mr. de Blasio said.

Online school creates a crisis within a crisis for 200,000 special education students.

When Trishia Bermudez heard that New York City’s public schools were closing indefinitely, she scoured her apartment to find objects that her son, Matthew, could use during virtual physical therapy classes.

The other day, Ms. Bermudez, a single mother who lives in the Rockaways in Queens, spent hours helping him grasp a pencil.

“I didn’t learn how to do that. I’m an accountant,” she said. “We were barely getting there,” she said of Matthew’s progress in school, “and now it’s like, oop, we’re backward.”

The sudden switch to remote learning for the 1.1 million public school students in New York City has presented the nation’s largest school system with its greatest challenge in decades.

There is also a crisis within the crisis for the roughly 200,000 public school students with disabilities.

The already-strained special education system is struggling to deliver crucial services like speech, occupational and physical therapy that are difficult and sometimes impossible to translate online.

Interviews with two dozen educators and parents showed wide agreement that, even if remote learning were executed perfectly, students with special needs would fall behind academically and socially.

Are you a health care worker in the New York area? Tell us what you’re seeing.

As The New York Times follows the spread of the coronavirus across New York, New Jersey and Connecticut, we need your help. We want to talk to doctors, nurses, lab technicians, respiratory therapists, emergency services workers, nursing home managers — anyone who can share what’s happening in the region’s hospitals and other health care centers. Even if you haven’t seen anything yet, we want to connect now so we can stay in touch in the future.

A reporter or editor may contact you. Your information will not be published without your consent.