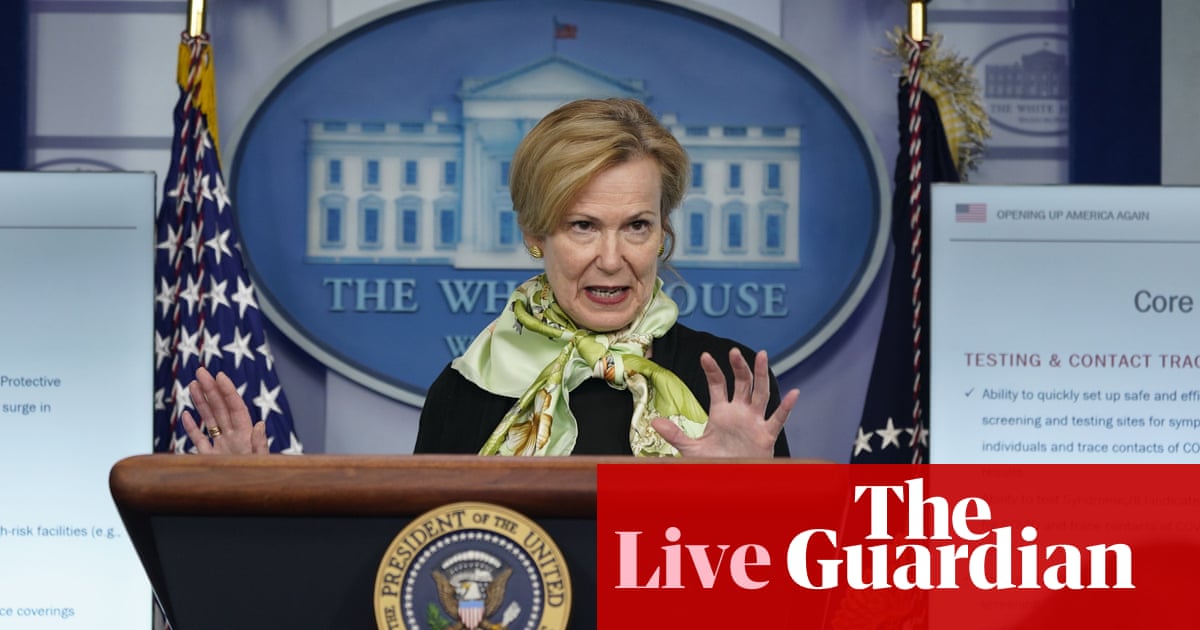 When is it safe to reopen the economy? Economists and public health experts weigh in

The battle against Covid-19 has always been one against unknowns. More information is necessary to make good decisions on when and how to open the economy. While we slowly improve our understanding of who has the virus, the goalposts are shifting toward the need to understand who has had the virus. Serology testing tells us who has at least partial immunity, which both improves our ability to gauge how easily the virus will spread and also presents the possibility for governments to certify immunity. Many countries have begun discussing issuing “immunity certificates” as a pathway to returning to work. Yet research on the length of immunity, as well as more viral and serology testing, is needed before proceeding with such a system.

As I point out in my book Dying for a Paycheck, there is really no trade-off between health and economic performance – at any level of analysis. Healthier people are less likely to be absent or voluntarily quit and are, no surprise, more productive and less likely to exhibit presenteeism – being physically at work but not able to concentrate. What is true for health in the workplace generally is also true for the Covid-19 pandemic.

Joe Biden has raised more than $5m in two days, according to his campaign.

“We’ve raised more money online because of these folks than we ever have,” Biden told supporters during a Zoom fundraiser, according to reporters in virtual attendance. “We’re raising, we raised I think it was $2.75 million yesterday. Two and a half million dollars a day before,” the former vice president said.

Endorsements from Bernie Sanders, Elizabeth Warren and Barack Obama have helped, Biden said. “We’re raising more money than we ever raised because they’re going out to their people and saying, ‘It’s time to give your five bucks, it’s time to help.’ They’re going into their lists as well,” he said.

The judge overseeing the criminal case against Roger Stone has refused to grant him a new trial, rejecting his lawyers’ argument that there was juror misconduct.

Stone, a longtime confidant and former aide to Trump, was convicted in November of seven felonies in an attempt to interfere with a congressional inquiry. Amy Berman Jackson, a federal judge, sentenced him to 40 months in prison.

Stone must appear in person “at the institution designated by the Bureau of Prisons” within 14 days to serve out his sentence, Jackson ruled. She also released Stone and his lawyers from a gag order.

The case set off a crisis at the Justice Department when Trump complained about what he viewed as a harsh sentencing recommendation of nine years in prison for his friend. Attorney General William Barr intervened and recommended a more lenient sentence, leading all four prosecutors in the case to quit the case.

The briefing has ended. Stay tuned for more news and anyalysis.

Minutes after the CDC director emphasized the importance of “early diagnosis, isolation and contact tracing,” the president contradicted the public health officials. There are states with “wide open plains, wide-open spaces,” Trump said. Aggressive testing and tracing aren’t necessary in those areas, according to the president.

“We’re beating the date” of reopening by May 1, Trump said. “That’s big stuff.”

He reiterated that many, “very important states” are ready to reopen.

But every state has hundreds, if not thousands to tens of thousands of cases. Trump will not say which states are doing well enough to considering scaling back distancing measures.

Fact check: Was the pandemic foretold?

“People should have told us about this,” Trump said, complaining that he wasn’t warned early on about the pandemic to come.

In fact Trump was warned at the end of January by one of his top White House advisers that coronavirus had the potential to kill hundreds of thousands of Americans and derail the US economy, unless tough action were taken immediately, new memos have revealed.

The memos were written by Trump’s economic adviser, Peter Navarro, and circulated via the National Security Council widely around the White House and federal agencies. They show that even within the Trump administration alarm bells were ringing by late January, at a time when the president was consistently downplaying the threat of Covid-19.

Moreover, the US intelligence community, public health experts and officials in Trump’s own administration had warned for years that the country was at risk from a pandemic, including specific warnings about a coronavirus outbreak.

An October 2019 draft report by the Department of Health and Human Services, obtained by the New York Times: “drove home just how underfunded, underprepared and uncoordinated the federal government would be for a life-or-death battle with a virus for which no treatment existed,” the Times reported.

The White House has published the guidelines here.

The virus has affected his own friends, Trump said. “Some are dead, right now. They’re dead.” At the same time, others who contracted Covid-19, had nothing more than “sniffles,” he said.

Ultimately, 29 states are “in that ballgame” of opening, and will be able to reopen soon, the president noted.

Of course, it’s up to state leaders whether and when to lift distancing measures.

Trump said that many states have already met the criteria to reopen, but declined to name any of those states.

Undermining what Drs Fauci and Birx just said, Trump is predicting a new normal that’s pretty much exactly like the old normal.

“We want every seat occupied” in an Alabama football stadium with 110,000 seats, Trump said. If a restaurant has 158 seats, all 158 should be filled, he noted. ‘That’s our normal,” Trump said. “And it’s going to happen relatively quickly.”

Dr Anthony Fauci presented many caveats to the administration’s plan.

“There may be some setbacks. Let’s face it,” he said. “We may have to pull back a little, and then go forward.”

The transition back to the “new normal” should be slow and cautious, he said. “Light switch on and off is the exact opposite of what you see here. The dominating drive of this was to make sure that this was done in the safest way possible.”

Phase 3 is a return to the “new normal,” Birx said. We can’t go back to not washing our hands, we have to continue giving people a six-foot birth.

She didn’t say this, but I imagine that the Happy Birthday song will never be the same for many of us.

If infections continue to decrease for more two weeks, we can get to Phase 2, Birx said.

If the number of infections seems to be decreasing fro two weeks, Dr Birx said there are four phrases to reopening the country:

Before the US can consider reopening, there needs to be robust testing, especially for health care workers, and indications that the number of infections is decreasing for at least 14 days.

“We want every state to have a plan to protect the health and safety of its workers,” Birx added — states and counties need to also surveil and monitor cases among nursing homes and other vulnerable populations, she said.

“America wants to be open and Americans want to be open,” Trump said earlier.

Of course, it’s hard to argue that we don’t want to get back outside, back to work, and reunited with friends and families who live away from us. But a Pew research poll published today found that “Americans say their greater concern is that state governments will lift restrictions on public activity too quickly (66%) than not quickly enough (32%).”