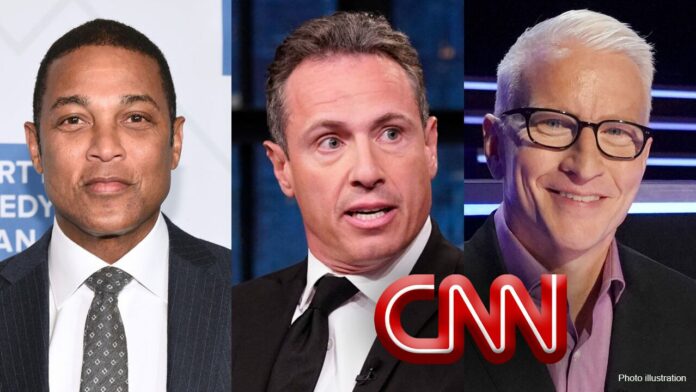 A former CNN producer accused Don Lemon of hurting the network with a “divisive” and “boring” show, telling Fox News that his former employer has shown “a lack of self-awareness” during the Trump era.

Former CNN senior digital producer Steve Krakauer, who now pens the Fourth Watch media newsletter, took Lemon to task in the most recent edition. He became the latest ex-staffer to publicly attack CNN on Friday, when he pointed out a series of recent “embarrassing” moments from Lemon’s show, such as lecturing actor Terry Crews about Black Lives Matter and bursting into laughter when a guest mocked Trump supporters.

“It’s unfortunate, and it hurts CNN. I enjoyed working with Don, and he has a staff that is full of talented people. But the current dismissiveness of anything resembling dissent on his show – any straying from the company line – makes his program one of the more divisive on CNN, and, frankly, one of the more boring too,” Krakauer wrote.

The Fourth Watch editor noted that Lemon was once enjoyable, but “that was the pre-Trump Don Lemon,” and Monday’s lecture to Crews that the Black Lives Matter movement has nothing to do with Black-on-Black gun violence was“ particularly divisive and embarrassing” for CNN.

“It was Lemon at his most arrogant and ignorant,” Krakauer wrote. “Lemon’s biggest talent was his curiosity — it allowed his viewers to relate to him. Segments like the interview with Crews show the curiosity is sadly gone.”

Earlier this week, Krakauer accused Anderson Cooper of “fear-mongering about COVID-19,” when the CNN host asked a doctor if kids going back to school in the fall will result in people dying.

Cornell Law School professor and media critic William A. Jacobson told Fox News that nonpartisan journalists would be wise to make it clear they don’t agree with CNN’s bias.

“CNN has become so activist in its news operation that it presents a problem for serious journalists whose careers will be tainted by the association. It’s no surprise that those who have left are blowing the whistle in an attempt to distance themselves,” Jacobson said.

Steve Cortes used to be a pro-Trump pundit for CNN but is now the spokesperson for pro-Trump Super PAC, America First. He took to Twitter this week to declare a recent segment in which Lemon and Chris Cuomo downplayed a recent surge in violence across American cities as a “new low” for his former employer.

“[Lemon] and [Cuomo] actually mock the worries of people who live in dangerous cities. I’m one of those concerned citizens — and we don’t deserve such mocking condescension,” Cortes wrote.

Krakauer and Cortes’ criticism of CNN comes a week after the network’s former media reporter accused the network of activism for an article about companies pulling ads from Facebook.

“So this feels closer to activism than reporting,” NBC News’ Dylan Byers, who used to work alongside Brian Stelter on CNN’s media team before moving to NBC News, wrote in response to CNN’s tweet promoting an article listing companies that advertise on Facebook.

Krakauer told Fox News that the criticism from Byers and Cortes comes from different places, as one is a neutral reporter and the other is an outspoken Trump supporter who views things from a political lens. But he pointed out that the trio is hitting on a common theme.

“Both are hitting on an element that I also have criticized CNN about. It seems that in the Trump era there is a lack of self-awareness in some of CNN’s coverage, particularly on TV, particularly in primetime,” Krakauer told Fox News on Friday when asked why so many former CNN staffers have been speaking out.

“It’s no secret that most CNN employees lean left. That’s OK,” Krakauer added. “But from segments like Don Lemon’s hand-off with Chris Cuomo to little things like the snarky chyrons, there is an all-encompassing opinionated sentiment that seeps into so much of the previously less overt political coverage.”

Krakauer said that some of CNN’s recently criticized content comes from a clear anti-Trump sentiment because the network sees itself in an “existential fight” with the president, but other examples are more subtle, such as Byers’ tweet.

“I think it [if] many CNN employees stepped back and could view the coverage objectively, they’d agree that there is an ‘angle’ to coverage that previously simply presented facts,” Krakauer said. “It’s unfortunate because I still think CNN can serve a valuable audience. But too often there is an instinctual mechanism to pull back from opinion that is missing from what their hosts say, to what they write in their tweets.”

DePauw University professor and media critic Jeffrey McCall told Fox News that “saying that CNN is engaging in activism and that Don Lemon traffics in divisiveness seems to be stating the obvious” but “such critique is coming from former CNN staffers gives the appraisal more credibility.”

“Krakauer and Byers know that CNN is a major player in setting the national news agenda and it is quite appropriate that they don’t give their former employer preferential treatment,” McCall said. “They apparently recognize that CNN’s path in recent years often confuses and mixes journalism with advocacy, and that could be dangerous for the organization itself and the public sphere generally.”

“They apparently recognize that CNN’s path in recent years often confuses and mixes journalism with advocacy.”

Meanwhile, at least one former CNN employee had issues with the network long before Trump took office. Last month, ex-CNN anchor Soledad O’Brien made stunning claims that a network exec once told her she could only have the “right kind” of black guests on her show.

O’Brien, who left CNN in 2013 after 10 years at the network, reflected on her time at CNN and indicated that a network executive discouraged her to sit down with black radio host Roland Martin.

“This is an interesting read. Reminds me of the CNN exec who told me: ‘Roland Martin isn’t the ‘right kind of’ Black person.’ She didn’t want me to book him on my show,” O’Brien tweeted in response to damning accusations against ABC News executive Barbara Fedida over her treatment of Black journalists at the network.

CNN did not immediately respond to a request for comment.

Fox News’ Joseph A. Wulfsohn contributed to this report.