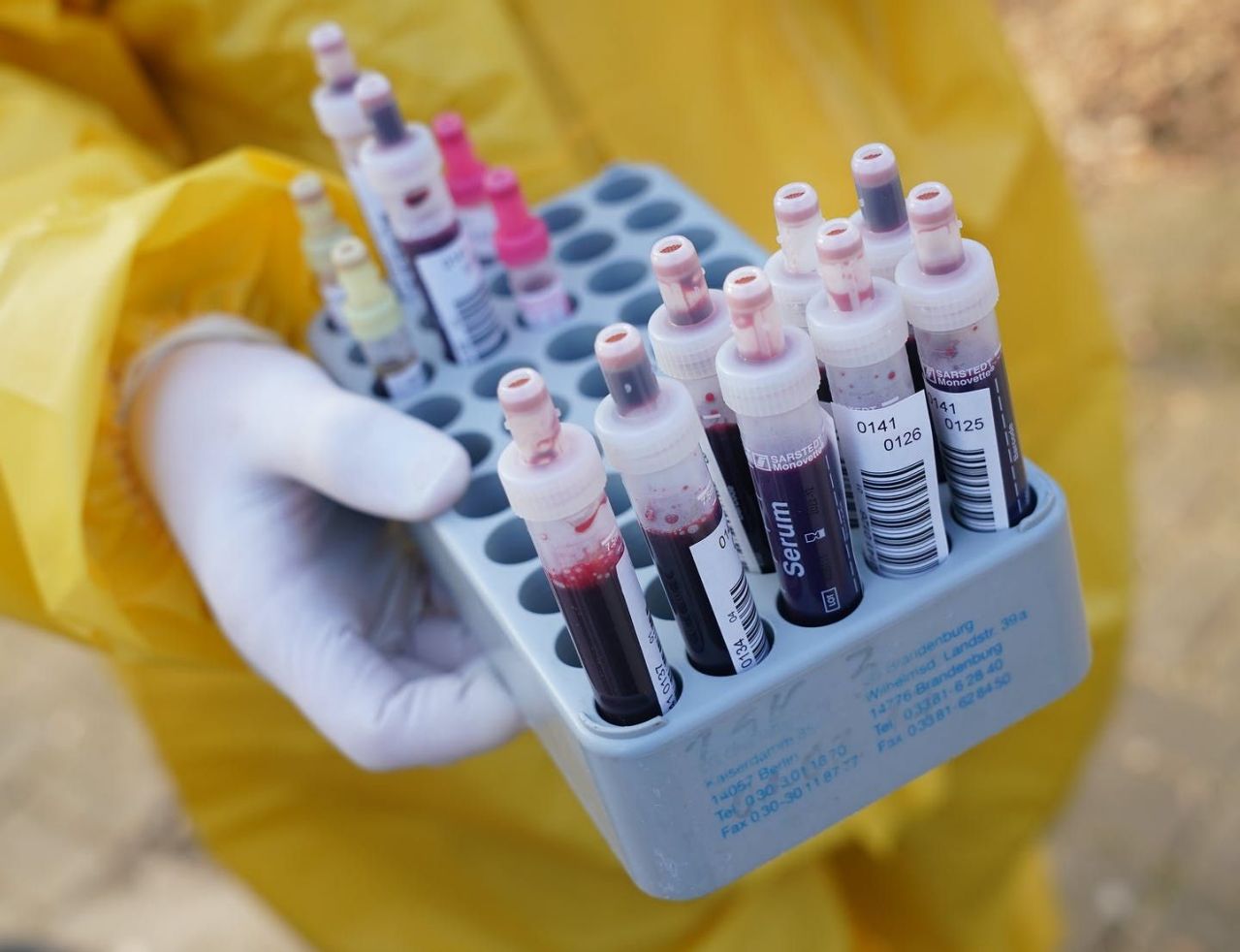 Testing blood provides answers about who has been infected. Sean Gallup/Getty Images News via Getty Images

Coronavirus testing in the United States is moving into a new phase as scientists begin looking into people’s blood for signs they’ve been infected by SARS-CoV-2, the virus that causes COVID-19. This technique is called serological testing.

Here, the collaborators explain how the technology works.

What do these tests look for?

Serological tests for SARS-CoV-2 are blood tests. They look at serum or plasma – basically blood that has been processed to remove the cells – for evidence that at some point you’ve been infected with the coronavirus.

These tests look for antibodies that your body’s immune system generated to fight the infection. So, the tests detect the response to the virus, not the virus itself. They cannot be used early in infection, before a patient’s body has mounted an antibody response.

Several types of serological tests for SARS-CoV-2 exist. Clinical laboratories and research laboratories typically use what’s called an enzyme-linked immunosorbent assay (ELISA) that consists of plastic plates that are coated with lab-made proteins that match those on the surface of the virus. For the test to be specific, it uses the spike protein from the surface of SARS-CoV-2 that gives the coronavirus its crown-like appearance.

This spike protein is immunogenic, meaning it’s one of the main targets of the body’s immune response; an infected person would make antibodies against the spike protein. The test measures if and how many serum antibodies in the sample bind to the viral proteins on the plates.

Another type of serological test uses what’s called a lateral flow assay. A variety of medical tests, including at-home pregnancy tests, use this technique. It relies on liquid flowing over a pad treated with chemicals that will interact with the molecule you are testing for. Usually the test will indicate the presence or absence of antibodies through easy-to-read lines. They have the benefit of being relatively simple and rapid, but are generally less sensitive and do not give a measure of the amount of antibody present. The FDA has so far approved one test of this type, from the company Cellex.

Why is it helpful to know who has antibodies against the virus?

From a public health perspective, knowing who has already been exposed to SARS-CoV-2 paints a clearer picture of how widespread the virus is in the local population.

Some people are asymptomatic or only came down with mild symptoms, so they might not be counted in other COVID-19 statistics. Epidemiologists can use the serology results to determine how common those cases are. Serological studies can also help figure out a death rate for COVID-19, by clarifying how many people in total have been sick.

Serosurveys are currently generating this kind of data. They use the serological techniques to test a large number of serum samples from people without a confirmed SARS-CoV-2 infection, coming up with statistics about the group as a whole.

Knowing a true rate of infection allows public health workers to better predict the likely future course of the pandemic in individual locations and figure out what interventions are needed to control an outbreak. That’s because researchers think, although no one’s entirely sure yet, that once you have antibodies to the virus it will confer immunity, meaning you’ll be protected for some period of time.

Serological testing could also be used to make strategic staffing decisions about essential workers, including medical personnel – for instance, assigning to the front lines those who are have antibodies and are thus presumably immune. These people would be able to go back to work without the risk of getting sick or infecting others.

Identifying individuals who were already infected and who are now potentially immune could play an important part in when and how social distancing restrictions are lifted. Broad SARS-CoV-2 antibody testing could help control the pandemic until a potent vaccine is available – the real coronavirus “end game.”

Where are these tests being performed so far?

Serological testing is already being used to identify people who can serve as plasma donors.

In a process called plasmapheresis, doctors transfer plasma that contains antibodies to a disease into an ill person. Plasmapheresis has been used for decades to treat a variety of diseases.

In this case, plasma from someone who has recovered from COVID-19 – or was infected with the disease but didn’t develop symptoms and has a high level of antibodies – is transferred into a sick patient, typically someone critically ill. At Mount Sinai hospital in New York City, medical workers have started transferring plasma into patients with the hope of neutralizing the virus and alleviating the disease. In other locations, hospitals have started or are preparing to begin this process as well.

Serological testing is also being used to diagnose individual patients who are suspected SARS-CoV-2 cases, but have not tested positive for the virus using the molecular test that looks for the virus’s genetic material.

Multiple serosurveys are underway, or soon will be, in medical systems and in the general population. For instance, Beaumont Hospital System in Michigan has begun a large serosurvey in their medical staff. The Krammer and Simon research labs at Mount Sinai have started a serosurvey with samples from New York City.

Commercial companies have also developed serological tests, including many rapid tests, that are making their way into the marketplace. Ultimately these may be very useful for letting individuals know their infection status. But the currently available commercial tests haven’t been validated by the FDA or a similar authority to say they work well.

[You need to understand the coronavirus pandemic, and we can help. Read The Conversation’s newsletter.]

This article is republished from The Conversation, a nonprofit news site dedicated to sharing ideas from academic experts.

The authors do not work for, consult, own shares in or receive funding from any company or organization that would benefit from this article, and have disclosed no relevant affiliations beyond their academic appointment.