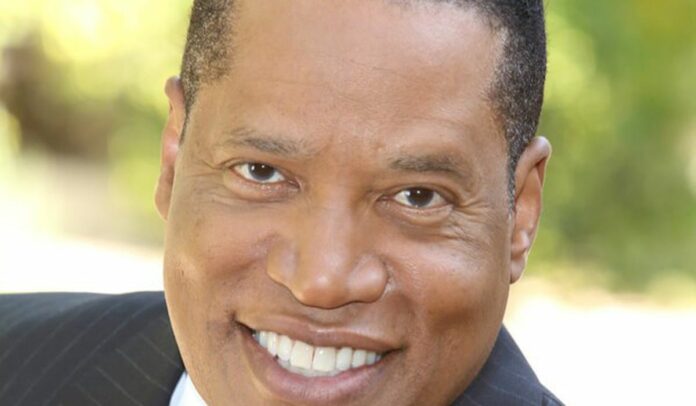 The Black Lives Matter movement is dominating the headlines. But just as every action has an equal and opposite reaction, Black conservatives have never been more visible.

From fresh faces like Diante Johnson and Rob Smith to greybeards like Shelby Steele and Robert Woodson, Black conservatives are everywhere, taking on the left and the Black Lives Matter narrative in speeches, bestsellers, films, radio shows, podcasts and PragerU videos, as well as regular appearances on Fox News.

Such saturation didn’t happen overnight. Black intellectuals, media figures and activists have been gaining ground for years, but they were uniquely positioned to break out with the eruption in May of mass Black Lives Matter protests on the left spurred by the death of George Floyd.

“I think what caused the profile of Black conservatives to rise on this issue is that we are giving facts, and the media are avoiding facts,” said Larry Elder, a longtime Los Angeles-based radio host also involved in television and documentary filmmaking.

He disputes the contention that Black Americans are being hunted by racist police — “there’s no evidence suggesting they are doing so” — an argument that no White pundit, no matter how skilled, can deliver with the same resonance and credibility.

“Because the media is invested in this ‘systemic racism’ narrative, they can’t tell the truth,” said Mr. Elder, a familiar face on Fox News. “Democrats can’t tell the truth because they want Blacks to remain angry. So it’s up to Black conservatives to get out the facts. How ironic.”

His film “Uncle Tom,” an oral history of Black conservatives, topped the IMDB documentary list when it was released in June, and it’s still ranked in the top 10.

The documentary features a who’s-who of Black conservatives, from sages like Robert Woodson and Allen West, to rising stars like Candace Owens and Brandon Tatum, a former Tucson cop who hosts the popular “Officer Tatum” podcast and operates the Drudge-style Tatum Report.

“I’m happy very happy to see so many young Blacks finally living out of that ethic as individuals,” said Mr. Steele, a Hoover Institution senior fellow. “They’re brave people. They’re truly brave people. And they probably can’t get from one day to the next without five or six arguments with people all around them. But God bless them, they’re the future.”

New organizations are emerging. Four years ago, Mr. Johnson launched the Black Conservative Foundation with a focus on Millennials. In 2018, Ms. Owens and Mr. Tatum launched the Blexit Foundation and the #Blexit hashtag, part of an effort to lead a “black exit” from the Democratic Party.

In June, Black pastors founded Conservative Clergy of Color to “call out the systemic racism that lies in the heart and history of the Democratic Party,” and released on Wednesday a corporate diversity training alternative called, “Getting to All Lives Matter.”

In a letter to federal officials using “white fragility” diversity programs, CCC co-founder Bishop Aubrey Shines said that the theory “pushed by self-proclaimed cultural scholars is only going to spread more divisiveness and distrust among your employees.”

“You are spreading lies that one ethnicity is inherently evil, and moreover, you’ve adopted these teachings out of fear, which is the worst kind of incentive,” said the letter.

‘Proud to be Republicans’

At the same time, the old guard appears to be undergoing a renaissance. In June, Thomas Sowell, a Hoover Institution senior fellow, economist, columnist and author, released “Charter Schools and Their Enemies” — shortly before his 90th birthday.

The move to electing Black Republicans has been slower to follow. Sen. Tim Scott, South Carolina Republican, and Rep. Will Hurd, Texas Republican, are the only Black GOP members of Congress, and Mr. Hurd plans to retire after the election.

Mr. Steele said that may shift with the next generation. When he was young, he said, it was “inconceivable that you would shake hands with a Republican, and that’s changing.”

“There are Blacks today who are proud to be Republicans, and that’s a healthy sign,” he said.

Mr. Steele released Thursday the trailer to his upcoming documentary, “What Killed Michael Brown?” about the 2014 shooting of the 18-year-old Brown, who was Black, by White Officer Darren Wilson in Ferguson, Missouri, an episode that touched off mass rioting.

Mr. Steele’s conclusions are unlikely to meet with the approval of Black Lives Matter, which has argued that “systemic racism” is responsible for woes such as poverty, incarceration and police shootings, calling for government reparations and moving funding from police departments to social services.

“Their story line is that we’re all victims. White supremacy. Some esoteric arguments of how we’re all oppressed and demeaned and diminished constantly,” said Mr. Steele. “That’s an attempt to expand victimization.”

High-profile deaths of Black men at the hands of police “all seem to trigger the same sort of reflexive pattern in American life, particularly in the way they’re covered in the media,” he said.

“There’s this rush, this almost desperate frenzy to see the event an example of black victimization, to establish it as black victimization, and that in a sense becomes the argument,” said Mr. Steele on a Thursday press call. “That tells me at any rate that that’s where the power is.”

He contrasted that reaction with the muted response to the 762 homicides in Chicago in 2016, many if not most of which involved Black victims.

“In Chicago, 762 kids in one year killed. No national coverage at all,” said Mr. Steele. “It tells me again one of the ideas we try to bring to bear on these events is the idea of White guilt, which is relatively new phenomenon.”

Mr. Steele, 74, said that when he was growing up, “Whites didn’t feel guilty,” but today they do, and that the “rewards are immense” for Black people pushing the victimization narrative.

“We’ve used that power. The problem with that is that we do that at the expense of our own development as individual human beings in the modern world,” Mr. Steele said. “We continue to decline, and so all we’ve got left is to just work this victim thing as long as Whites will take it. And Whites feel so guilty that they take it.”

He urged Black Americans to identify with their citizenship instead of their race.

“We have to show courage in our own personal individual life,” Mr. Steele said. “Say it and be proud of saying that racism is dead, or damn near. There’s no one holding me back.”