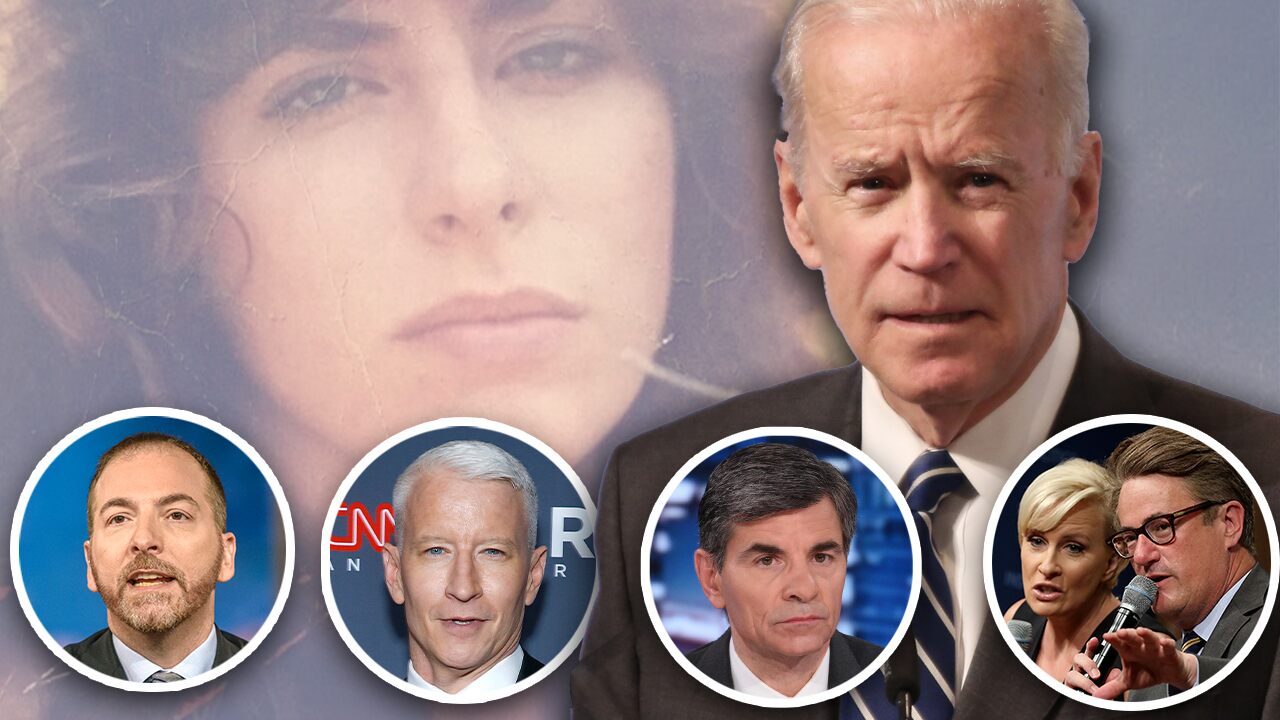 Former Vice President Joe Biden has made limited public appearances ever since the coronavirus outbreak has sent virtually the entire country into quarantine, but in the several interviews he has done for various television networks, he has yet to be asked about the sexual assault allegation made by his former staffer Tara Reade.

On March 25, Reade came forward in a podcast interview with progressive commentator Katie Halper about the alleged 1993 assault after having made previous claims last year about Biden’s pattern of inappropriate touching. While his campaign has denied that the assault occurred, Biden himself has yet to address it.

Since Reade’s first interview, Biden has done ten TV interviews, all of them dominated with questions about the coronavirus outbreak, the Trump administration’s handling of the pandemic, and his ongoing presidential campaign.

He appeared on a CNN town hall with Anderson Cooper on March 27, NBC’s “Meet the Press” with Chuck Todd on March 29, MSNBC with Yasmine Vossoughian on March 30, CNN with Brooke Baldwin and MSNBC with Brian Williams on March 31, ABC’s “This Week” with George Stephanopoulos on April 5, NBC’s “Today” with Craig Melvin on April 7, another one on MSNBC with Nicolle Wallace on April 11, and on MSNBC’s “Morning Joe” with Joe Scarborough and Mika Brzezinski, where he was accompanied by his wife, Dr. Jill Biden, as well as another CNN town hall with Cooper on April 16.

NewsBusters managing editor Curtis Houck told Fox News that it’s a “no-brainer” for journalists to ask Biden about Reade’s allegation during interviews but that the anchors who have interviewed the presumptive Democratic nominee since she came forward last month “have absolutely abdicated in fulfilling their most basic journalistic bona fides” for avoiding such questions.

“As more and more outlets act as though they have just discovered Reade’s allegations, the pressure will only continue to be turned up and render their refusal to inquire all the more embarrassing,” Houck said.

While many comparisons have been made between the lack of coverage the Biden allegation has received versus the dominating coverage the allegations made against Supreme Court Justice Brett Kavanaugh received during his confirmation, several of the anchors who’ve interviewed Biden were quite outspoken about their animosity towards the Trump appointee and their defensiveness of Kavanaugh’s primary accuser, Dr. Christine Blasey Ford.

CNN anchor Brooke Baldwin called Ford’s testimony to the Senate Judiciary Committee was “nothing short of extraordinary” and a “pivotal moment in American history.” She highlighted the “pain and struggle” the Kavanaugh accuser faced during the hearing and how she moved women across the country with “her truth.”

“It’s a generational opportunity to better ourselves and how we relate to each other as women and men. This matters the most,” Baldwin said in a closing monologue.

The CNN daytime anchor also repeatedly defended Ford from President Trump, scolding him for referring to the doctor as “that woman” and for dismissing the allegation as a “hoax” pushed by Democrats.

“We know civility is dead with this president, but this is disgraceful,” Baldwin reacted.

MSNBC anchor Nicolle Wallace accused Trump of being “hard-wired to never believe a victim of sexual assault.” Her colleague Brian Williams mocked GOP lawmakers for their tepid responses to Ford’s allegation amid the Kavanaugh confirmation, saying, “1965 called, wants their quotes back.”

Perhaps the most outspoken were the hosts of “Morning Joe.” Joe Scarborough predicted that the GOP’s support for Kavanaugh “could be devastating” in the longterm, particularly among women.

His wife and co-host Mika Brzezinski mocked the SCOTUS nominee for “crying like a baby” during his testimony as he fought the allegations leveled against him. Brzezinski also blasted Trump as well as White House counselor Kellyanne Conway and former press secretary Sarah Huckabee Sanders, now a Fox News contributor, for defending the president’s attacks towards the Ford allegation.

“There is absolutely no excuse for defending a president for mocking a victim of sexual misconduct, a victim of something, a woman who is suffering. You can’t see that’s wrong? You have made rotten to the core by this presidency,” Brzezinski said.

The Hill media reporter Joe Concha referred to the double standard between how the media treated Kavanaugh versus how it is treating Biden as a “tiresome game to play in these situations.”

“Biden was a member of the other major party or deemed conservative? Would all of these news outlets have broached the topic? We know the answer based on the Brett Kavanaugh saga,” Concha told Fox News.

Concha singled out NBC News for giving a “national platform” to Julie Swetnick, the third Kavanaugh accuser who was being represented at the time by the now-disgraced anti-Trump lawyer Michael Avenatti, despite the inability to verify her salacious claims while the Biden “can’t get even one question on the matter from multiple broadcast news outlets.”

He also slammed CNN for not even publishing an article on Reade versus the hundreds that were written about Dr. Ford.

“CNN had 700 articles on Christine Blasey Ford from the moment her story came out about Kavanaugh. The number on Biden accuser Tara Reade? Zero. Point. Zero,” Concha said.

He added, “This is bias in broad daylight, and it’s no longer remotely surprising to see.”

Tom Elliott, the founder and news editor of the media company Grabien, similarly knocked the media’s differing treatment of Biden and Kavanaugh.

“When conservatives talk about media bias, this is case in point. When Democrats sought to sink Brett Kavanaugh’s nomination, the media gave them an assist by airing every scurrilous third-hand allegation they could dig up- even offering Michael Avenatti an open invite to bring his carnival act on air,” Elliott explained to Fox News. “And now we have a firsthand account of sexual assault against the Democratic nominee for president, and the media’s giving him a complete free pass. They’re not even pretending to be evenhanded by tossing him an obligatory softball. It’s actually pretty pathetic.”

For nearly three weeks, there was a complete media blackout of Reade’s claim. The tides began to shift following Rich McHugh’s report in Business Insider last Friday that Reade had filed a criminal complaint against Biden.

The New York Times ran its first report on the morning of Easter Sunday while The Washington Post and NBC News published theirs hours later.

ABC News republished a report from the Associated Press but has yet to mention it on-air. CBS News reported the allegation on its website on Tuesday and on-air during Thursday’s “CBS This Morning.”

CNN is the only major news outlet to have completely avoided Reade’s claims.

Reade’s story first resurfaced in an article in The Intercept. Podcast host Katie Halper then interviewed Reade, who said that in 1993, a more senior member of Biden’s staff asked her to bring the then-senator his gym bag near the Capitol building, which led to the encounter in question.

“He greeted me, he remembered my name, and then we were alone. It was the strangest thing,” Reade told Halper. “There was no like, exchange really. He just had me up against the wall.”

Reade said she tried to share her story last year, but nobody listened to her. This past Thursday, she filed a criminal complaint against Biden with police in Washington, D.C.

“Women have a right to tell their story, and reporters have an obligation to rigorously vet those claims. We encourage them to do so, because these accusations are false,” Kate Bedingfield, the deputy campaign manager and communications director for the Biden campaign, said in a statement to Fox News.