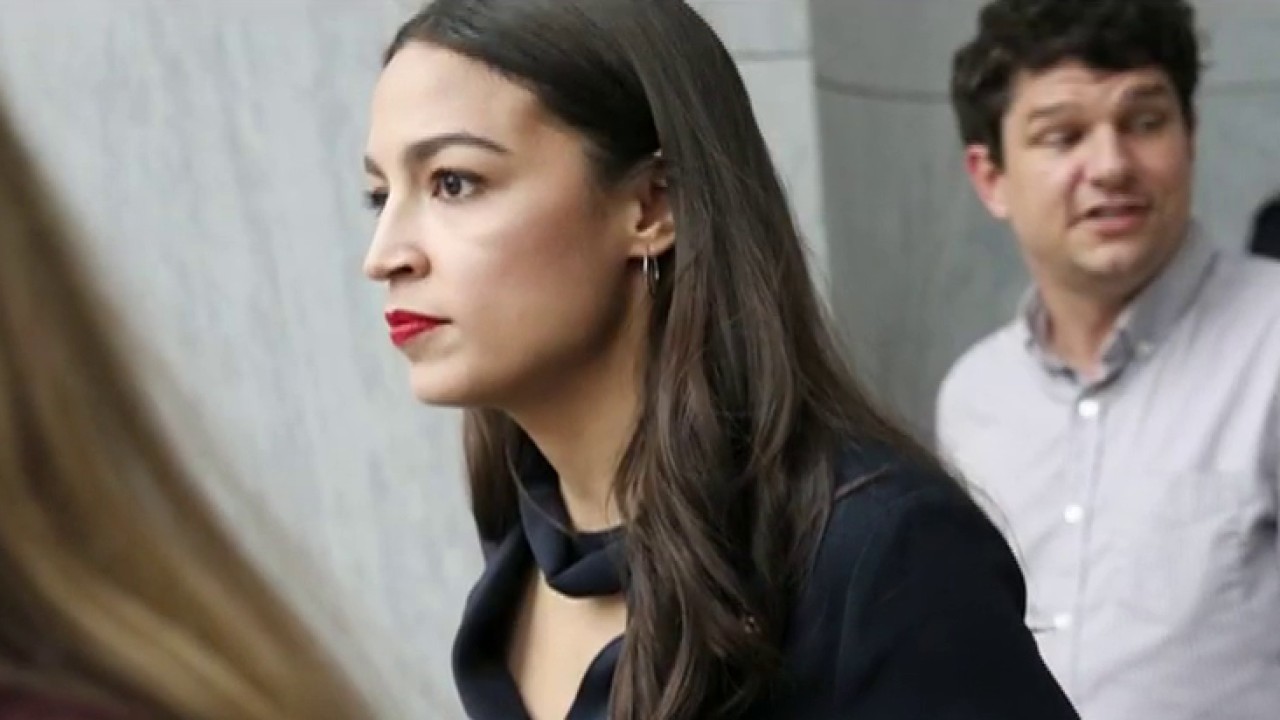 Get all the latest news on coronavirus and more delivered daily to your inbox. Sign up here.

Rep. Alexandria Ocasio-Cortez, D-N.Y., tweeted — then quickly deleted — a celebration of the news that U.S. equity markets crashed on Monday, with oil prices turning negative for the first time in history.

The resulting social media flareup highlighted the unprecedented stakes of the current economic crisis heading into the 2020 presidential election, and underscored Republican complaints that their rivals were looking for ways to use the moment for political gain.

“You absolutely love to see it,” Ocasio-Cortez, a self-described “democratic socialist,” wrote on Twitter. She was responding to a post which stated: “Oil prices now at ‘negative values,’ meaning oil producers have to pay people to take it off their hands and store it because when demand plunges (like now), that is less expensive for them than building more storage and/or shutting wells down.”

“This along with record low interest rates means it’s the right time for a worker-led, mass investment in green infrastructure to save our planet. *cough*,” Ocasio-Cortez continued.

When Bernie Sanders communications director Mike Casca responded “like some kind of new deal?”, Ocasio-Cortez cheerfully replied, “Great idea!” Ocasio-Cortez has pushed to radically restructure the U.S. economy with what progressives call a “Green New Deal,” which could cost as much as $93 trillion, according to a study co-authored by the former director of the nonpartisan Congressional Budget Office.

After deleting her post, Ocasio-Cortez tried again, writing: “This snapshot is being acknowledged as a turning point in the climate movement. Fossil fuels are in long-term structural decline. This along w/ low interest rates means it‘s the right time to create millions of jobs transitioning to renewable and clean energy. A key opportunity.”

Throughout the day, Ocasio-Cortez has also reposted various messages essentially saying the oil crash presents an opportunity for environmentalists.

“Openly celebrating the economic destruction of families and communities because it fits a political narrative is unacceptable and unbecoming of a member of Congress,” said Rep. Kelly Armstrong, R-N.D. “People’s jobs are evaporating. Lives are being ruined in real-time. North Dakota companies that have taken decades to build have been destroyed in hours. Any public official that loves to see this does not deserve to hold office.”

Added Rep. Jodey Arrington, R-Texas: “I don’t ‘love to see’ oil & gas workers & their rural communities suffering as a result of this devastating price collapse, @AOC. Places like West Texas & hard-working men & women in the oil patch power the bright lights of NYC… including the hospitals!”

Noah Rothman, an associate editor of Commentary Magazine, responded to Ocasio-Cortez with a link to his recent column: “These unbearable conditions may be demanded of a nation struggling to contain a pandemic, but an engineered recession is precisely what the Green New Deal’s proponents envision,” Rothman wrote.

He asserted that the “mandatory substitution of one set of economic activities with another—or, in some instances, replacing conventional economic activity with nothing at all—is increasingly at the heart of the progressive project.”

“My cousin’s husband was laid off from his oil field job in Western Texas even before today’s downturn,” responded The Daily Caller’s Chuck Ross. “They have 3 kids. She has cancer for the second time in her life, prognosis unclear. So no, you don’t ‘absolutely love to see it.'”

“You only need thousands of people dead and millions of people unemployed to enact your vision, which is basically what we’ve been saying all along,” Miller went on, taking aim at Ocasio-Cortez. “Perhaps someone in the journalism industry would care to ask the presumptive Democratic nominee if he agrees that now is the time to push a Green New Deal and if he also ‘loves to see’ millions of people laid off from their jobs.”

Miller added: “‘Now that global pandemic has killed thousands and left millions unemployed, we can finally get what we want’ is not the genius take she or her instagram stand think it is, which is why you don’t see the Dem nominee jumping into the boat.”

“After deleting that tweet, I would love to see Rep. Alexandria Ocasio-Cortez, who loves to remind people she has an econ degree, explain contango and oil contracts to the rest of us who don’t see the logic in what she’s suggesting,” wrote RealClearInvestigations’ Mark Hemingway.

T. Becket Adams, the senior commentary writer for the Washington Examiner, responded, “Yeah, no. you don’t get to memory hole that one, @AOC.”

“Make no mistake: This is the goal of the Democrats so-called ‘Green New Deal,'” said GOP national spokeswoman Elizabeth Harrington. “They would be happy to sacrifice millions upon millions of good-paying jobs at the altar for their radical anti-energy agenda.”

Oil futures plunged below zero for the first time on Monday as demand for energy collapses amid the coronavirus pandemic and traders sought to avoid owning crude with nowhere to store it.

Benchmark U.S. crude for May delivery plummeted to negative $35.20, as of 2: 30 p.m. ET. It was nearly $60 at the start of the year, before business-shutdown orders swept the world and idled factories, offices and automobiles.

Much of the drop was chalked up to technical reasons — the May delivery contract is close to expiring so its trading volume was light, which can exacerbate swings. But prices for deliveries even further into the future, which were seeing larger trading volumes, also plunged. Demand for oil has collapsed so much that facilities for storing crude are nearly full.

“The government can declare whatever they want in terms of encouraging people to get out and do stuff,” said Willie Delwiche, investment strategist at Baird. “Whether or not broad swaths of society do that remains to be seen. It’s going to take seeing people start to get out and do stuff again. That will be the necessary positive development, not just declaring getting things open.”

Meanwhile, negotiators from the House, Senate and White House are close to finalizing an accord on the so-called “phase 3.5” response to the coronavirus pandemic and hope to have an agreement late Monday or Tuesday, Fox News is told.

A separate provision worth $60 billion (including $50 billion in loans and $10 billion in grants) would be allocated to economic disaster loans. Also included: $75 billion for hospitals and $25 billion for coronavirus testing. The total of the package would be north of $470 billion.

House Democrats were on a caucus-wide conference call late Monday, discussing the next steps. Progressives have some reservations with some provisions in the current bill framework – as does the Congressional Black Caucus. Many Democrats are still concerned by the lack of money for state and local governments in the planned bill. And, some Republicans are signaling they may be reluctant to tackle other measures related to coronavirus, considering the staggering price tag of the measures already in the queue.

Fox News is told that calculus could change if lawmakers believe they now need to respond to the oil market cratering to its historic low.