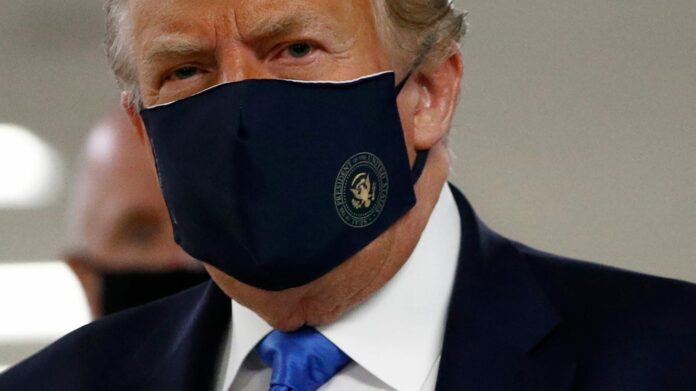 US top infectious disease expert, Dr. Anthony Fauci, says a growing coronavirus surge means “the time has come to take a look at what’s going on and see if we can intensify the things we do to prevent the resurgences that we’re seeing.” (July 17)

WASHINGTON – Congressional Republicans may offer another round of stimulus checks and a payroll tax cut – a measure long sought by President Donald Trump – as part of their next coronavirus stimulus proposal as lawmakers begin negotiations for additional relief to counter the pandemic’s devastation on health and the economy.

House Minority Leader Kevin McCarthy, R-Calif., touted those two provisions after he and Senate Majority Leader Mitch McConnell, R-Ky., met at the White House with Trump and his advisers.

Speaking with reporters at the U.S. Capitol after the meeting, McCarthy said both the payroll tax cut and another round of checks for Americans were under consideration, though details could shift as the measure is drafted. McCarthy did not offer specifics on either provision. McConnell has floated a proposal to limit the number of Americans eligible for another check to those earning $40,000 a year or less.

Asked about whether a payroll tax cut would be included in a Senate bill that could be released as early as this week, McConnell would not lay out any specifics.

“What we’re going to do is follow up the discussion at the White House with a discussion at noon tomorrow with our members, see if we can develop kind of a common approach to this on our side. And then begin to reach out to the Democrats,” he said Monday at the Capitol.

If Republicans include a payroll tax cut in their package, it would be a major shift for GOP lawmakers who have until now resisted Trump’s push for such a reduction. Trump argues it would help boost economic growth.

“I think it’s an incentive for companies to hire their workers back and to keep their workers,” the president told reporters Monday.

But Republicans have voiced concerns over whether it really would help laid-off workers and have instead opted to offer Americans and businesses direct financial support. Democrats have similarly voiced opposition to a payroll tax cut, saying it would be of little help to Americans who are unemployed and need assistance now.

Other sharp divisions remain between the president, congressional Republicans and House Democrats over what should be included in the next round of aid. A number of key provisions from the last rescue package are set to expire at the end of the month, including a $600 increase in state unemployment benefits that has been a financial lifeline for millions of Americans.

More: Will you get a second stimulus check? For now, it’s unclear. Here’s where things stand on another COVID-19 bill.

More on the virus: 24 hours in a COVID-19 hot spot leaves no walk of life unscathed. This is what it’s like.

The new negotiations come as the number of COVID-19 cases across the country surges and as Trump continues to downplay the pandemic. In an interview with FOX News on Sunday, he dismissed the spikes as “embers,” while Chris Wallace, host of “Fox News Sunday,” compared them to a “forest fire.”

After Monday’s White House meeting, Treasury Secretary Steven Mnuchin, who has led negotiations between the administration and Congress on the coronavirus response, said the administration would start negotiations at the $1 trillion mark, far lower than the $3 trillion congressional Democrats are seeking. He also called for a reduction in the boost of unemployment benefits.

“We’re going to make sure that we don’t pay people more money to stay at home (than) go to work,” he said. “We want to make sure that people who can go to work safely can do so. We’ll have tax credits that incentivize businesses to bring people back to work.”

Mnuchin said the negotiations would continue Tuesday, when he and White House Chief of Staff Mark Meadows are expected to attend the Senate Republicans’ weekly lunch at the Capitol. After that, Mnuchin said, discussions would begin with Democrats on a compromise.

Since the outbreak first hit the U.S., Congress and the White House have approved more than $3 trillionin aid, passing a series of bills that provided loans and grants to businesses hurt by the pandemic, stimulus checks to Americans, expanded unemployment for laid-off workers and money for increased testing and vaccine research. But it has been months since the last package passed, and there are sharp partisan divisions over the next phase.

For this round, House Democrats passed a $3 trillion bill in May that includes an extension of the $600 increase in unemployment benefits, a second $1,200 stimulus check for individuals and families, about $1 trillion for state and local governments, additional worker protections and more money for testing and contact tracing.

Senate Republicans have rejected the House bill. Among their priorities: more money for schools so they can reopen in the fall and liability protections for businesses worried about being sued by customers who contract COVID-19 in their reopened restaurants and shops.

The GOP bill is expected to have a much lower price tag and exclude items that Democrats have insisted on, meaning negotiations could be contentions and protracted.

‘I’ll be right eventually’: Donald Trump defends his handling of COVID-19 and the presidency

Pressure to create a coronavirus vaccine is increasing by the day, but for a safe vaccine to enter the market, it takes time.

The Senate GOP measure may also face opposition from the White House, which is reportedly opposed to increased funding for testing, contact tracing and the two health agencies at the forefront of the pandemic response: the Centers for Disease Control and Prevention and the National Institutes of Health. Republicans planned on including more money for those initiatives and agencies in their bill, but the White House has objected, according to The New York Times and The Washington Post.

Democrats took issue with axing such money from the next bill, Rep. Derek Kilmer, chair of the moderate New Democrat Coalition, said the move would be a nonstarter.

“This is the red line,” he said Monday on a call with reporters. “We are only asking that the resources be made made available across the country for the same testing and mitigation approach that’s being deployed at the White House to keep the president safe. We want to keep our constituents safe.”